DC Entertainment’s Upcoming Films: From ‘Aquaman’ to ‘Wonder Woman 2’ and Everything In-Between

For over 75 years, DC Comics has been one of the world’s most successful comic book companies, with a roster of iconic pop culture characters such as Superman, Batman, and Wonder Woman. However, in the last decade, the company has lagged far behind rival Marvel in cinemas. While the Disney-owned Marvel Cinematic Universe has been routinely smashing box office records, DC Entertainment has struggled to get its own interconnected movie franchise off the ground. Outside of 2017’s Wonder Woman, the company’s extended-universe films (Man of Steel, Batman v Superman: Dawn of Justice, Suicide Squad, and Justice League) have been met with critical derision and, while financially successful, have not met expectations at the box office, particularly Justice League.

After several behind-the-scenes changes were made, Warner Brothers used the 2018 edition of San Diego Comic-Con to drum up excitement for the “new direction” of DC’s film division. The studio announced that it was phasing out the DC Extended Universe designation and replacing it with Worlds of DC Comics. The name change was simply an appetizer to the main course, which featured footage from three highly-anticipated DC Entertainment movies. Here’s a full list of upcoming DC Comics movies Warner Brothers has announced.

The first on DC Entertainment’s upcoming roster is December’s Aquaman. The film stars actor Jason Momoa – reprising his role from Justice League – who returns to Atlantis to challenge for his royal birthright.

The trailer premiered to some acclaim at SDCC, showing the character’s world in all it’s glory, including colorful Atlantean seascapes and armies of sea creatures. Further footage shown only to Comic-Con attendees showed Momoa wearing a version of his character’s orange-and-green costume, a stark departure from the grim and gritty style of director Zack Snyder’s DC films.

DC Entertainment’s first film of 2019 also happens to be one of the riskiest comic adaptations the studio has ever released. Moving away from the popular Batman/Superman/Wonder Woman family of characters, the film focuses on a property that’s not nearly as well known in the mainstream. Shazam (originally known as Captain Marvel) was introduced by Fawcett Comics in 1939 and quickly became one of America’s most popular superheroes, even outselling Superman at one point. However, legal battles with DC Comics forced Fawcett to cease publication of the character. DC eventually purchased the rights, renaming the series and eventually the character to Shazam. (Rival Marvel Comics had launched its own unrelated Captain Marvel by that point.)

The David F. Sandberg-directed film follows foster child Billy Batson (Asher Angel), who’s granted the ability to transform into a super-powered adult (Zachary Levi) by the mythical wizard Shazam. The film’s trailer is heavy on bright colors, and the fun inherently associated with its wish-fulfillment fantasy aspects comes through.

Not much is known about 2019’s standalone Joker film, other then the fact that it will be directed by Todd Phillips — it’s based on a script by Phillips and Scott Silver — will star Joaquin Phoenix, and will be an origin story. The studio describes the film as an “exploration of a man disregarded by society [that] is not only a gritty character study, but also a broader cautionary tale.”

Wonder Woman 1984, DC’s third 2019 release, is easily the most anticipated of the bunch. A sequel to the massively popular and critically acclaimed Wonder Woman from 2017, the film reunites stars Gal Gadot and Chris Pine with director Patty Jenkins. In addition, Kristen Wiig has been cast as the villainous Cheetah.

Outside of the fact that the movie is set in 1984 – shocking, I know – not much is known about the film’s plot. The Wonder Woman 1984 footage that debuted at SDCC (and was sadly only screened for attendees at the convention) didn’t give away many story points, though it reportedly showed Wonder Woman fighting criminals in a 1980s mall setting.

Following Wonder Woman 1984, DC Entertainment’s slate seems to fall into a state of flux. Numerous titles announced by the company prior to the failure of Justice League (including Batgirl, Cyborg, and Flashpoint) seem to have been delayed. A Green Lantern Corps film, penned by iconic comic book writer Geoff Johns, was announced for a 2020 release, however there’s been no further word on production or casting. In addition, films based on Jared Leto’s version of the Joker and Margot Robbie’s version of Harley Quinn leading the Birds of Prey are allegedly in preproduction. 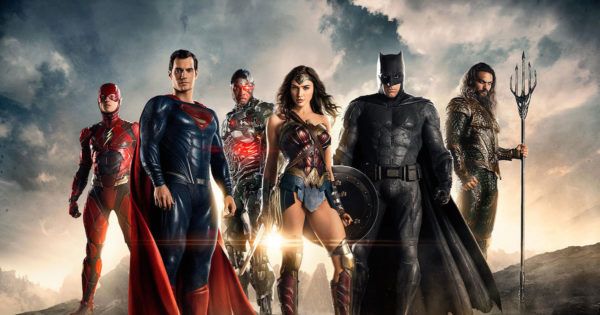 How Well Do You Know Comic-Book Superhero Films?
Currently, comic-book superhero films rule Hollywood. Whether from Warner Brothers’ DC Comics or Disney-owned Marvel, these titans of American culture have been mainstays of cinemas for decades. However, in the ...
click here to read more
Advertisement - Continue reading below
Advertisement - Continue reading below
Share  On Facebook