Did You Know ‘Superman’ Star Christopher Reeve Was Once a Real-Life Action Hero?

The late Christopher Reeve is known to millions for both playing a superhero onscreen (as Superman in four films, including the 1978 classic that launched the very concept of comic book blockbusters) and in real life (thanks to his tireless advocacy efforts for the disabled, after Reeve himself was paralyzed in a 1995 horse riding accident). However, many are not aware that Reeve once embarked on a dangerous human rights mission that seems right out of an action movie.

By the late 1980s, the nation of Chile had been under the rule of Augusto Pinochet for over 15 years. Pinochet was a ruthless dictator who had no qualms about killing massive amounts of Chilean citizens to hold onto power. (More than 3,000 were killed over the course of his reign.) In 1987, a terrorist group backed by Pinochet’s military government threatened to execute 77 actors unless they immediately fled the country.

How does this involve Reeve?

As the 1987 crisis was going on, Ariel Dorfman – an exiled Chilean novelist/journalist who was then teaching at Duke University — decided to act. Dorfman reasoned that involving an American celebrity would bring international attention to the issue and save the actors’ lives. After attempts to contact a few other Hollywood heavyweights fell through, Dorfman contacted Reeve.

According to a 1987 piece in the Los Angeles Times, Reeve was immediately on board with helping Dorfman’s cause despite not having much knowledge of Chile’s political climate at the time. According to the article:

How do you answer when someone says, ‘We really think you could directly save the lives of 77 people?'” Reeve said in an interview in his big, airy triplex opposite the Museum of Natural History here. “Do you say, ‘But I have to go to the bank?’ But I’ve got some letters to write?'”

Reeve assented instantly. “It didn’t require much soul-searching,” he said. “I couldn’t think of anything coming up for me more important than that.”

As it turned out, Reeve’s action not only proved successful for the Chilean actors, but for Reeve it was an enlightening experience as well. He returned with a new consciousness about the relationship between art and politics, and about the artistic luxuries of a democracy. It was not that Reeve had distinguished himself as a defender of human rights in Chile, or indeed anywhere else in the Third World. His knowledge of political events in Chile, he admits, was limited to “the general awareness you get through the weekly news magazines.” He knew, for example, “like most Americans, that Allende had been killed,” and he knew “that there was an election coming up in ’89 in Chile and it was rigged.”

Eight days later, Reeve arrived in Santiago, Chile, and after touring the city, took part in a massive protest rally in front of 10,000 people. Despite some concerns about his safety, the actor stood before the crowd — speaking in Spanish — and presented a letter of support from many other well-known American actors.

Reeve left Chile the next day, but his impact was immediate. The threats against the Chilean actors ceased, and both those inside and outside the country praised Reeve as the reason, with many calling it a case of the “real-life” Superman “coming to the rescue.” However, Reeve was quick to distance his work in Chile from his iconic movie role.

“This was not Superman to the rescue. It was me as a private citizen, and as an actor in a country where we take the freedom to perform for granted, helping fellow professionals in a country where they do not,” Reeve told the Los Angeles Times. “If you know me as Superman, fine. But we have to remember that Superman is light entertainment, and this is real life. This was not just an adventure story. This was not in the comic books. I think we in America are desensitized to this.”

Reeve was involved in political work for the rest of his life, even after his paralyzing accident. 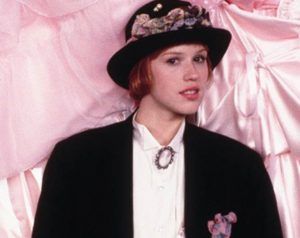 Who Was the Hollywood ‘It Girl’ the Year You Were Born?
When you’re the “It Girl” of Hollywood, everyone either wants to be you, or be with you – but the truth is that getting famous as a woman in showbiz ...
click here to read more
Advertisement - Continue reading below
Advertisement - Continue reading below
Share  On Facebook