When we last left Metropolis, Batman took on the Man of Steel until his final Kryptonic breath in Batman v Superman: Dawn of Justice — or so we thought. But let’s not get ahead of the story just yet.

In Justice League, the wait is over for the band to finally get together. Bruce Wayne (Ben Affleck) — perhaps feeling a bit guilty for being partially responsible for ending Superman — assembles a superhero unit to battle the alien villain Steppenwolf, who threatens the existence of mankind. If you’re not an avid reader of the DC Comics universe, see here for a full dossier.

Created by motion capture and voiced by Ciarin Hinds, the character is over seven feet tall with a crown of ram horns. Steppenwolf, along with his army of flying devil insects, is after the Mother Boxes on Earth. Only three exist, and they’re left in the hands of the Atlanteens, the Amazons, and humans.

A bearded Wayne travels to wintery Atlantis to enlist his first recruit, Aquaman/Arthur Curry, who is reprised by Jason Momoa. Momoa, who was first introduced in BVS, is an interesting talent to emerge. With his muscular physique and powerful looks, he fits the role of Aquaman swimmingly.

In Justice League, Aquaman gets to show off more of his impressive underwater skills, darting through the ocean with grace and agility.

With the help of Wayne’s newest ally, Diana Prince/Wonder Woman — once again portrayed with strength by Gal Gadot — they round up the rest of their crew of warriors.

The Flash/Barry Allen is played with comedic overtones by Ezra Miller, who is like a kid in a superhero candy store. Miller admittedly geeked out on the set and managed to pilfer something out of the Batcave, along with Momoa’s help.

“You’d take sneaky selfies in the Batcave! I did steal stuff from the Batcave, and I’m gonna come out and tell you guys that right now. So did Jason … little things,” Miller confessed at a press conference for the film.

“We’re both natural-born thieves! We took these little bullets with this little red cap on top of it. Bat bullets! Yeah, I gave it to my son,” Momoa added.

Completing the justice squad is Cyborg/Victor Stone. In Justice League, we are introduced to the newest superheroes’ backstories. We learn that Cyborg is an unwilling superhero working on accepting the gifts that his scientist father created for him after an explosion in his lab.

Ray Fisher does what he can emotionally in the role underneath the synthetic armor of his character.

Under the helm of Joss Whedon — who had to replace Zack Snyder in the middle of the shoot — the power of the superheroes battling Steppenwolf is literally dwarfed by extremely ambitious visual special affects. They look like rag dolls being thrown about.

Despite reassurance from producer Deborah Snyder that Whedon — also a screenwriter — had the universe under control, it has assuredly been robbed of Snyder’s superhero DNA.

“This whole thing is so bittersweet because we had been working on this franchise for the past, almost, eight years when we started developing the script for Man of Steel,” Snyder said at the press conference. “Then we moved onto BVS, and also Zack developed the story for Wonder Woman, which was leading up to the point of Justice League where these characters were finally going to come together. This was a really great hero’s journey, and a journey for these characters to be the characters they are today. So not being able to complete his vision was extremely difficult, so that makes it hard, but we were lucky that we already had Joss working on script pages.

“Our hope is that people don’t think about how the movie was made when they went to see it because these characters are bigger than any director.”

That being said, Batman does have new flying transportation that’s sure to turn heads. The Batplane, aka the Flying Fox, makes an imposing entrance in the film.

Speaking of entrances — without giving too much away — it is Superman’s awe-inspiring return, delivered by the dashing Henry Cavill, that finally grounds the film and gives the magnificent six the gravitas they need. 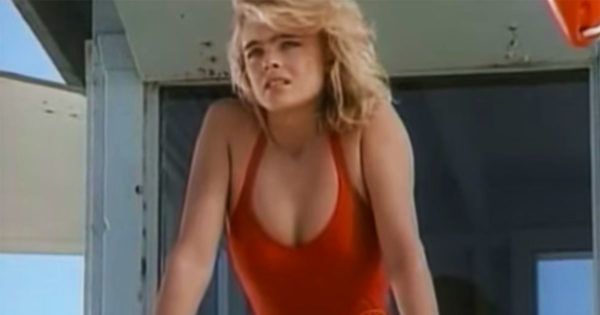 25 Years Later: How the 'Baywatch' Hunks and Beauties Look Today
Nearly three decades ago, NBC viewers tuned in to watch action star David Hasselhoff run up and down Los Angeles County beaches on Baywatch. The show wasn’t a success for the ...
click here to read more
Advertisement - Continue reading below
Share  On Facebook