The Correct Order to Watch All the Marvel Cinematic Universe Movies, Including Phase 4

For more than 10 years, Marvel Comics has wowed film-going audiences by introducing some of the most popular comic book characters to theatergoers worldwide. Through 19 films (and counting) over 10 years, a cast of lovable heroes in the Marvel Cinematic Universe (MCU) has been brought to vivid life on screen. With so many superhero movies to keep track of, it can be hard to remember the Marvel movies order if you’re planning to watch them (or even if you’re bingeing them a second or third time).

From Iron Man bulldozing box office records and fans everywhere falling in love with Rocket Raccoon and Groot to Spider-Man “coming home,” here’s the definitive Marvel movies order list so you’ll know exactly which movie to start with — and what adventure awaits you next.

Billionaire military industrialist Tony Stark is taken hostage by terrorist organization the Ten Rings, who want Stark to build them a weapon of mass destruction. Defiant, Stark instead builds himself a weaponized suit of armor and escapes. Back home, Stark uses his genius mind to build a suit of armor to help rid the world of illegal munitions sold by his own company.

After exposing himself to experimental gamma radiation, brilliant Dr. Bruce Banner transforms into the menacing green Hulk. In search of a cure, Banner goes on the run from the woman he loves, Betty Ross, and the military that would weaponize his formula.

Six months after Tony Stark revealed himself to the be the hero Iron Man, the U.S. government wants Stark to hand over his technology. Meanwhile, the Iron Man has drawn the attention of a nefarious Russian scientist and engineer, who accepts financing from Stark Industry’s main rival in hopes to win a government weapons contract. But the Russian scientist has his own plans.

The rightful heir to the throne of Asgard, Thor is banished after a foolhardy mission causes a rift with his father, Odin. Stripped of his powers, Thor must prove himself worthy to once again wield the powerful hammer, Mjölnir. However, Thor’s mischievous brother Loki conspires to the take the throne for himself.

Brooklyn native Steve Rogers wants nothing more than to join the good fight battling Nazis in Europe during World War II. But Rogers is deemed unfit for combat and not allowed to enlist, until a scientist sees the good in Rogers and enlists him for a special military project. Imbued with the “super soldier” serum, Rogers transforms into Captain America and leads Allied forces against the Nazis. It’s here that Rogers uncovers a villain, the Red Skull, head of a science division of the Nazis known as Hydra.

Director of S.H.I.E.L.D. Nick Fury must gather “Earth’s Mightiest Heroes” together after the Asgardian Loki steals the Tesseract and plans to rule Earth with its power. Captain America, Iron Man, the Hulk, Thor, Hawkeye, and Black Widow track down Loki, but not before he can unleash the threat of an alien army upon New York City.

A series of terrorist attacks by the mysterious Mandarin reeks havoc on Tony Stark’s life. Stark, already struggling with PTSD from the events of The Avengers, tracks down the Mandarin, but how does the strange villain connect with Aldrich Killian, a man who wants nothing more than to see Stark fall from grace.

As punishment for his attempted subjugation of Earth, Loki is imprisoned in Asgard. Meanwhile, the Dark Elf, Malekith, an ancient enemy of Odin’s father, remerges seeking the powerful Aether, which houses the coveted red reality Infinity stone. Unknown to the Asgardians, Malekith plans to use the power of the Aether and the rare alignment of the Nine Realms, the Convergence, to wipe out his enemies and restore the Dark Elves to prominence. Only the Son of Asgard, Thor, stands in his way.

Captain America, a.k.a. Steve Rogers, along with the Black Widow and the Falcon, work to unravel a deep conspiracy within S.H.I.E.L.D. that even has its tentacles wrapped into the U.S. government. Rogers thought he destroyed Hydra during World War II, but quickly learns their old motto of “Cut off one head, and two grow in its place” reaches farther than he could have imagined. And who is the mysterious Winter Soldier who goes toe-to-toe with Cap? The answer shakes Rogers to his very core.

Guardians of the Galaxy

Half human, half something else, Peter Quill, a.k.a. Star-Lord, must band together with a group of alien misfits — Gamora, Rocket Raccoon, Drax the Destroyer, and Groot — to stop the extremist Kree Empire’s Ronan from possessing the Power stone, the purple Infinity gem, and using it to destroy Xandar.

After tracking down Loki’s scepter and taking it from the Hydra scientist Baron von Strucker, Tony Stark believes the power of the scepter could help him finally create his ultimate vision, an A.I. system to power his unmanned “Iron Legion” suits. The army of suits could then police the world and create peace. But Stark’s hubris instead unleashes the murderous Ultron system, which intends to follow Stark’s protocol and bring about peace … by wiping out the human race.

Bungling thief Scott Lang is unwittingly tricked into stealing an invention from a former S.H.I.E.L.D. engineer, Hank Pym, who left the government organization decades ago. Pym, who created a suit that allows the user to shrink to the size of an ant but increase their strength, believed the technology to be dangerous and wanted to keep it secret for the rest of his life. As rival Darren Cross nears completion on his own shrinking suit, the Yellowjacket, Pym and Lang must stop him before the technology falls into the wrong hands.

Collateral damage from a terrorist plot is the final straw for governments around the world as they seek to regulate superhuman activity with the Sokovia Accords. The legislation fractures the Avengers — who have some new recruits, namely a young kid from Queens who goes by Spider-Man, and the new king of Wakanda, the Black Panther. Will the Civil War put a nail in the Avengers coffin for good? The mysterious villain Helmut Zemo would want nothing more.

After the world’s leading neurosurgeon, Dr. Stephen Strange, has his hands crippled in a car accident, he seeks out an experimental treatment deep in Nepal. There he encounters the Ancient One, who tells Strange he can be healed, but only by wielding the power of the Mystic Arts.

Guardians of the Galaxy Vol. 2

Star-Lord’s father finally tracks down the guardian of the galaxy, but it turns out he wasn’t just looking for a happy family reunion. With their own guardian family splintering, can the team work together without killing one another and save the galaxy from a menace once again?

Peter Parker was just a normal high school kid until the radioactive bite of a spider gave him amazing powers. Now, as an Avenger, Parker must balance the responsibility of school and fighting crime. Meanwhile, a salvage company is driven out of business by Tony Stark and the U.S. government, but its owner, Adrian Toomes, decides to keep some of the alien technology he found following the events of The Avengers and wield it to enact his revenge.

When Thor’s unknown older sister Hela appears, she defeats Thor and Loki in battle, destroying Thor’s hammer Mjolnir in the process. Hurdled into space, Thor and Loki must escape a deadly gladiatorial contest on the planet Sakaar, but to do that, they must defeat the Incredible Hulk, the Grandmaster’s champion fighter. Can Thor convince Hulk to leave Sakaar with him, but more importantly, can he return to Asgard in time to prevent Hela from unleashing Ragnarok, the ancient prophecy of death that could forever destroy Asgard?

T’Challa, the newly crowned king of the isolated African nation Wakanda, returns home to take over for his father. But the new king’s homecoming is short-lived when an old adversary returns to stake his claim for the crown. Can T’Challa overcome this rival, and will the fallout from their battle forever destroy the harmony of the once peaceful nation?

It’s all led to this. The emergence of the Infinity stones in recent years isn’t a coincidence. The mad Titan Thanos will stop at nothing to possess all six Infinity stones in his bid to wipe out half the universe’s population. The only thing that stands in his way is the combined might of the Avengers and the Guardians of the Galaxy.

Ant-Man and the Wasp

Two years after the events of Captain America: Civil War, Scott Lang must balance his family life with his powers as Ant-Man when he’s presented with a new mission from Hank Pym. For this task, Ant-Man must team up with Hope van Dyne, who dons the Wasp suit, to try to stop the cyber-terrorist, Ghost.

Vers (Brie Larson) is a powerful Kree Empire soldier with amnesia. When she and her military unit, Starforce, are sent on a mission to rescue an undercover Kree operative infiltrating a group of the villainous Skrulls, things go awry and it sets off a series of events that lands Vers on Earth in 1995, but more importantly, leads her to discover her true identity as Carol Danvers, the origins of her powers, and that the war raging between the Kree and Skrulls isn’t at all what it seems.

After the shock ending of Infinity War, our heroes grapple with the aftermath and mourn the fallen. But when it seems all hope is lost, the remaining heroes devise a plan that could stop the villain Thanos once and for all. There’s no room for error as the fate of half the universe hangs in the balance. And what will it cost the Avengers? For some, everything…

With the Endgame over, Peter Parker/Spider-Man must learn to live in the new world around him and the best thing for him now is…a vacation? Peter and his classmates travel to Europe, but the web-slinger doesn’t get to enjoy it much because Nick Fury needs Spider-Man, along with the enigmatic Mysterio (Jake Gyllenhaal), to save the day once again. Is Peter ready for the challenges of being a true Avenger?

At San Diego Comic Con 2019, Marvel Studios unveiled its slate of Phase 4 films and new limited TV series that will run exclusively on Disney’s new streaming service, Disney+. For more on each movie, head over to our Upcoming Marvel Movies list.

Tell us, which MCU film has been your favorite? With Marvel’s future plans to expand their cinematic universe, be sure to check back often to stay up to date on the correct Marvel movies order. 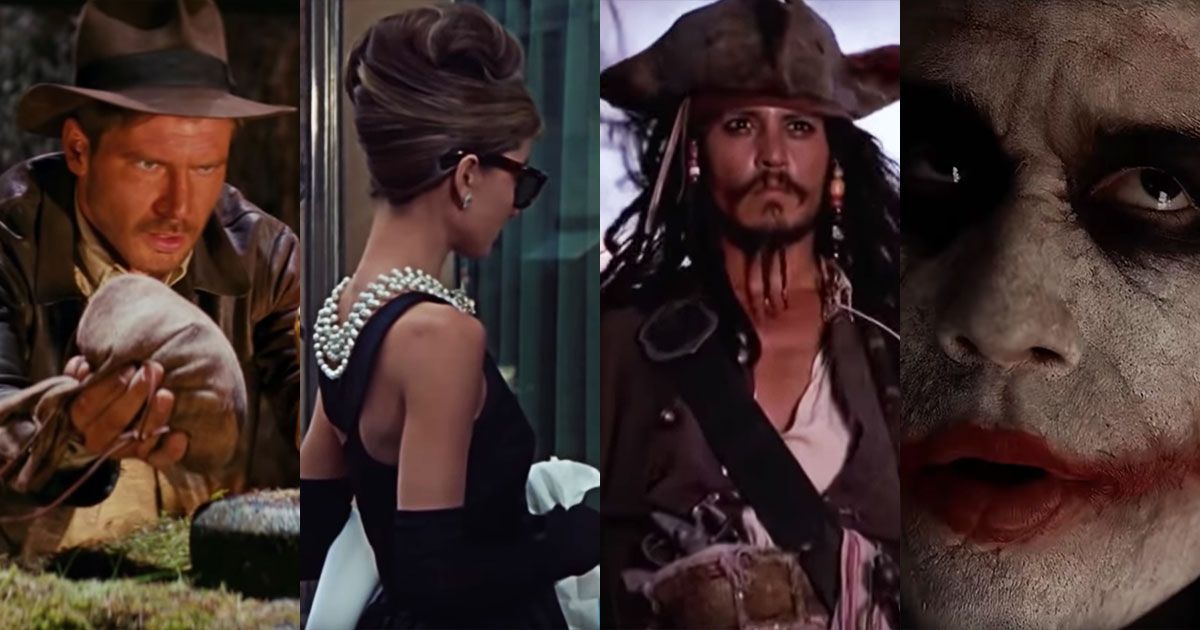 Most Beloved Characters Moviegoers Instantly Fell in Love With
From their first scene, there are certain characters in movies who captivate moviegoers instantly. Is it the incredible first words they speak? Their unabashed coolness? Their intense villainy? Whatever reason, ...
click here to read more
Advertisement - Continue reading below
Share  On Facebook