This past week, Kardashian half-sister Kendall Jenner was named Fashion Icon of the Decade, and fashionphiles on social media were not happy about it.

Jenner will receive the award as part of The Daily Front Row’s fifth annual Fashion Media Awards, despite the fact that she’s only 21-years old, and hasn’t been professionally modeling for anywhere close to the whole decade.

Daily Front Row defended their choice of Jenner to the Huffington Post, saying in a statement:

“We’re living in a digital decade and Kendall is the ultimate style influencer. [The] digital generation more than ever turns to social media to learn what’s next and Kendall has 83 million devoted Instagram followers, many of whom emulate her style. Kendall has also captured the hearts of the leading fashion magazines, photographers, and brands. A fashion icon is someone who influences the look of a generation and Kendall has been making a huge impact on their style. It’s noteworthy that fashion bible Vogue has called her the breakout model of her generation and put her on the cover of their September issue in 2016.”

Despite Daily Front Row’s social media-influenced reasoning, many fashion fans on Twitter were not happy with the choice.

Ummmm no offence but Kendall Jenner receiving the fashion icon of the decade award is absolutely ridiculous and insulting. Wtf…….. pic.twitter.com/YIkcWXuf7R

Girl poses with the same old boring face, didn’t even do 10 diverse photoshoots & y’all giving her ‘Fashion Icon Of The decade’ …. Tragic pic.twitter.com/EfoqzUrt1S

Many pointed out Jenner’s age.

I love Kendall but why would she get fashion icon of the decade award when she was a child for half of it ?

lol giving kendall jenner a fashion icon of the decade award when she’s been in the industry for less than 5 years is insulting ??‍♀️

How can Kendall Jenner win fashion icon of the decade when a decade ago she was 11….. lol

While others felt there were more deserving possible winners.

WHAT HAS KENDALL JENNER DONE TO GET THE FASHION ICON TITLE IVE NEVER SEEN ANYTHING THAT SHES DONE RIHANNA DESERVES THAT TITLE!!!!!!!!!!!!!!!

However, one Twitter user seemed to come up with a convincing argument as to how Jenner was chosen.

The ceremony to honor Jenner is scheduled to take place September 8. 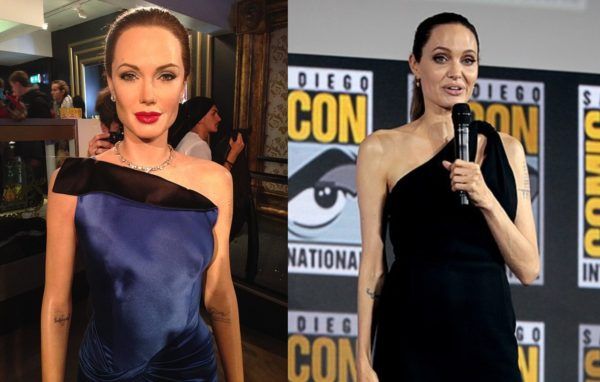 These Terrible Wax Figures Are Made Out of Nightmares
If you’ve ever visited Madame Tussaud’s famous wax museum then you’ll be familiar with the strange and unique art of making wax sculptures inspired by celebrities. Creating a wax sculpture ...
click here to read more
Advertisement - Continue reading below
Share  On Facebook