The first time I noticed the condition was watching Star Trek Into Darkness. I noticed it again in Super 8. Then of course there was Lost. And Felicity is notorious for it as well. Now the syndrome has spread. The latest media property to suffer from this affliction is an HBO series J. J. Abrams did not work on. But the Game of Thrones finale had “Abrams-itis”.

Game of Thrones’ final season added the series to that list of shows whose finales sparked wide debate, with many seeing it as a failure to live up to the promise of early seasons. That is a hallmark of Abrams-itis: the path a story takes to reach the ending does not feel relevant to the story and character development leading the audience to it.

Many on the internet have unflatteringly called Game of Thrones’ final season a game of chess. Characters once weighted to their present locale by consequence of action suddenly in this season move too readily, as if they have been picked up and placed down on the appropriate squares in the next scene. Character movements became unbound from the reactions of the characters to events which had unfolded, or the reactions of the characters only seemed to matter when they helped move another piece to the next square of the board.

In chess the most aggressive moves belong to the Queen, and the plotters behind Game of Thrones play Daenerys’ arc accordingly and drag the rest of the story along behind her. After making the choice to save humanity from the Walkers, sacrificing friends and allies, Dany immediately demands a return her quest/obsession for the Iron Throne, an action with consequences many feel led to an unearned and rushed conclusion.

If we are supposed to be believe Daenerys’ path has always run this chance of turning toward darkness, the seeds of that possibility should have been planted deeper. A little more resistance on her part to any stalling of her quest when she conquered the cities of Essos. A few minutes more discourse between Tyrion and Varys of the tempering effect a marriage to Jon might have. Even a more thoughtful consideration by Daenerys of how a ruler builds a better world for their enemies as well as their followers to live in.

Instead, viewers saw an un-characteristic urgency in her razing of King’s Landing, an action ungrounded in the character we had watched for seven seasons. Watching this I knew I had seen this uncharacteristic and forced writing before. With Khan from Star Trek Into Darkness, and several times before in the denouements of many of J. J. Abrams’s works. The source of Abrams-itis.

Remaking Into Darkness, Abrams cast Benedict Cumberbatch to play the great nemesis of the Enterprise crew, with a reworked story as the lone member of a group maligned and imprisoned. Freedom denied, Khan’s friends are ransomed. He is forced to build weapons which would be deployed at the slightest provocation against the Klingons. The first half of Into Darkness constructs this quasi-geopolitical tension involving marginalized groups and militarization.

Then the movie ends.

Things happen in the second half to bring about that ending but those events bear no relation to the themes built in the first half. Khan’s desire to save his friends, his family, which led him to his insurgency against Star Fleet are reverted with two quick lines of dialogue subverting Khan’s motif to the genetic and intellectual superiority mindset from the original Trek-canon.
This retelling – crafted with the potential to weave threads around vital questions our world has wrestled with since the original 1967 introduction of the character – saw those threads cut away. The second half of the film is left with only a single thin un-nuanced strand around which to coalesce the remainder of the film and grant the audience a re-hash of the “KHAAAAN!” proto-meme as their payoff to the story.

Game of Thrones shares not only this hasty and overly convenient shift in the underlying pathos of its key figure, it also shares the Abrams-esque senselessness of cutting away significant plot threads. Why does Arya never use her ‘faceless’ abilities once she has dealt with Walder Frey? Why does Bran never bring any useful information back when he ‘wargs’? Did the legend of Azor Ahai come to pass, and does it matter? Why are there so many characters that have died and come back to life not as zombies?

The omission of particular story elements found in the books which did not find their way to the screen is perhaps an understandable sacrifice for the sake of budgets, actor contracts and broadcast schedules. The rushed collection of events that make up a final season which conveniently forgets half a decade’s worth of character development and lore is less easy to understand, and smacks of the uncoordinated resolutions to so many of J. J. Abrams stories.

In Super 8, the final piece of the super-material needed for the creature’s ship is pulled from the boy’s room. Instead, it could have simply mattered the boy had made a connection to the creature, allowing it to telepathically know where the piece was and how to complete its ship.

For Lost, questions upon questions remained, about the ‘Others’, the ash circle, of why Richard Alpert was outside the delivery room when Locke was born, and so much of which bore no lasting relevance to the final episodes of the series or its final scene.

Felicity’s final season is a literal fever dream of indecision and a displeasing genre shift from the acclaimed character development that drove earlier seasons.

When a series or a movie has Abrams-itis a handful of the audience will get around to understanding the causes behind whatever shortcomings limited the work. Why could they only make 13 episodes for the final two seasons? Did not having the books to work from strain the development window? What cast members could they have been going to lose to other contracted work?

All of those questions are being asked by those few who will take the time, but in the end, the biggest problem Abrams-itis creates for creators and fans alike is the cobbled together, plot-above-all resolution that leaves most of the audience asking “how great could this have been” instead of talking about how great it was. 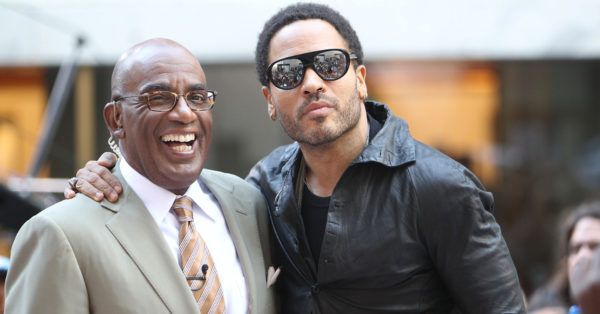 Did You Know That These Celebrities Are Related?
There are some celebrities that you instantly know are related. It is easy to tell that Luke and Owen Wilson are brothers, and that Elizabeth Olsen is Mary-Kate and Ashley ...
click here to read more
Advertisement - Continue reading below
Share  On Facebook