Have you ever had $9,000 in your bank account and thought about building a new home out of scratch? Well, that’s exactly what Steve Areen wanted to accomplish, and with the help of his good friend Hajjar Gibran, he was able to obtain his own piece of land for his new dream house, which was being made from a plethora of cheap building material.

This Is A Place Where I Feel At Home

With $9,000 in hand and some open land to fill, Steve Areen managed to create a new house in just six weeks. Most houses created with a full staff will get done in at least seven months. While this task might seem very difficult for most people, the simple steps he took towards making a new residence will leave you completely speechless.

Started From The Bottom

With his friend Hajjar by his side, Steve started to work on the base of the house. Fortunately, Hajjar’s son-in-law decided to throw in some help with his handy skills in masonry. While it doesn’t look glamorous just yet to appear on MTV Cribs, it’s a great start towards reaching maximum appeal.

The trio decided to focus on getting the home’s base as sturdy as possible. It’s no secret that building a home in the United States is very pricey, and fortunately for the crew, they managed to get away with working on the base for a small price. How small are we talking about? A good $6,000 worth of material was used on the area. For comparison, building a house would cost over $300,000.

Add Some Color In Your World

Three weeks have passed since building the home, and the outcome was simply astonishing. Obviously, Steve wanted to give the spot a livelier look, so $3,000 was spent towards painting, furnishing, and detailing.

After six weeks, the house is finally complete, and Steve managed to achieve his goal of a new abode. The front of the house is very inviting with its porch and sleek wooden door. The plants on the side give the house a special touch. Most construction workers would love to create such a masterpiece in less than two months. There’s probably a chance that some of them have asked Steve for pointers!

A much closer look at the side of the astonishing house shows off some very detailed stairs that lead to a glorious observation deck at the top, which makes it feel as if you’re relaxing on a remote island. The only thing missing are some nice drinks and a steel drum band covering the classics. The inside of the house also includes a nifty bed placed in between the two oval windows. It’s honestly amazing what $9,000 and some hard work and determination can do! 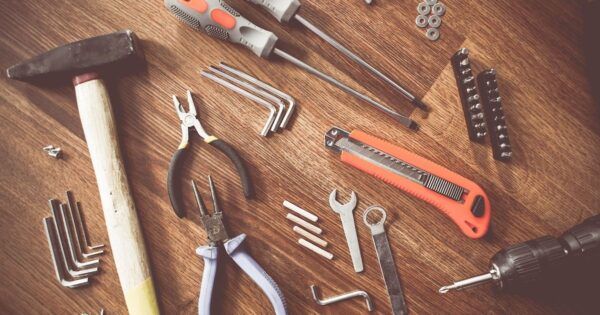 Home Depot Hacks That Can Save You Big Money
For many Americans, the big box chain store Home Depot is the best – and in an increasing amount of cases only – option when they’re looking for a physical ...
click here to read more
Advertisement - Continue reading below
Share  On Facebook