Charlize Theron admits being a single parent is "challenging".

The ‘Mad Max: Fury Road’ star has two adopted children, Jackson, four, and August, who was born last summer, and though raising them alone can be tough, they will always be her priority and she’s never happier than when she’s with her kids.

She said: "It’s challenging but we manage. I work, but my children are my priority.

"Nothing’s better than the sound of little ones cracking up at something funny; I’m now at my most comfortable waking up with my kids, going to the beach and relaxing over a meal with friends."

As well as her children, the 40-year-old actress – who has been single since splitting from Sean Penn last summer – is also very proud of her charitable foundation, the Charlize Theron Africa Outreach Project (CTAOP), which works in her native South Africa.

She told Australia’s Sunday Style magazine: "South Africa will always be my home.

"CTAOP’s core mission is helping young people in Africa stay HIV-free. Reaching this generation of adolescence is critical in seeing an end to the epidemic; I was lucky enough to visit last summer and was blown away with how engaged the young people we work with are. I founded it in 2007 and it’s constantly evolving in size, partners and impact."

She said: "Social media has become a great tool for my foundation; I love it!"

The ‘Huntsman: Winter’s War’ actress insists her foundation is more than just a Hollywood cause.

She said: "I hope all of us are more concerned about the role we play.

"The only way this world works is if we are concerned for one another. The South African philosophy Ubuntu roughly translates to ‘I am because you are’. At the end of the day we are all connected." 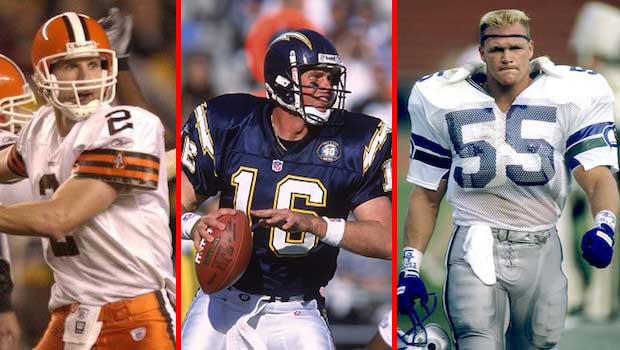 How Much Do You Know About the NFL’s Biggest Draft Busts?
The NFL Draft can change a franchise’s fortunes. Whether it’s the Colts selecting Peyton Manning at #1 overall or the Patriots selecting Tom Brady at #199, making the right pick can change ...
click here to read more
Advertisement - Continue reading below
Share  On Facebook