NFL player Bradley Pinion made one die hard fan’s Super Bowl dream come true over Christmas, and it was all captured on video.

As a #WPMOY nominee, @bpinion05 was given two #SBLII tickets to use as he saw fit. He decided to surprise his lifelong friend Jason. Awesome moment. (via @49ers)

In a video posted to the NFL’s Instagram account, Pinion, the San Francisco 49ers punter – who’s the team’s nominee for the Walter Payton NFL Man of the Year and therefore the recipient of two tickets to February’s Super Bowl LII – surprises a longtime friend and diehard football fan named Jason with an all-expenses paid trip to the big game.

According to USA Today, the 49ers released a statement on Pinion which said the punter, “…has made an impact on several causes, including athletes with special needs, literacy, animal adoption, wounded veterans, cancer awareness and character building. The Niners also called Pinion one of the team’s “most devoted community servants.”

Be sure to SHARE this story with any football fan in your life or anyone who wants to smile today. 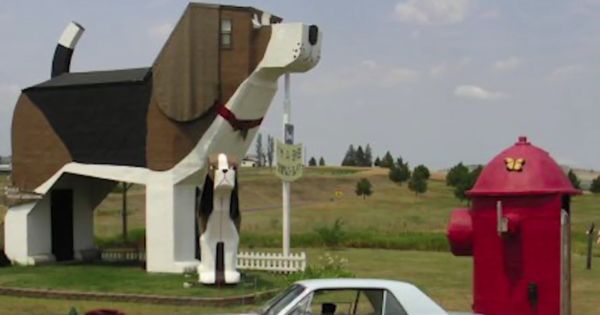 Have a Look Inside This Adorable Beagle-Shaped Bed and Breakfast
We’ve found the perfect beagle-shaped bed and breakfast to lay your head after a ruff night of travel. Located in Cottonwood, Idaho, the Dog Bark Park Inn has been wowing visitors ...
click here to read more
Advertisement - Continue reading below
Share  On Facebook