May 11, 2017 | By Source: Bang News Service
Advertisement - Continue reading below


Zoe Saldana has praised her nanny for helping her continue to work whilst raising her children.

The 38-year-old actress is mother to two-year-old twin boys Cy and Bowie as well as three-month-old son Zen – all of whom she has with her husband Marco Perego – and has revealed her assistant, her nanny, and her housekeeper provide key support which enables her to continue acting.

When asked how she balances her work and home life, the ‘Guardians of the Galaxy Vol. 2’ star said: "Our assistant, our nanny, and our housekeeper. They are literally raising our children with us. It’s because of them I am able to rip myself away as long as I can, and my husband as well, to do what we do. They’re teaching us how to manage our pain as they’re raising our kids with us."

But leaving her brood behind isn’t something that Zoe takes lightly, as she admits the "pain" of travelling for work "never goes away".

She added: "When you’re away a little too much, it compromises a lot more things. It’s a sacrifice and a pain that will never go away. You take every day at a time. If something changes in their behaviour, you know how to adjust to it."

The ‘Avatar’ actress has also said she’s determined to make sure her sons grow up knowing how to "fight" to achieve their dreams.

She said: "I don’t want to raise kids who put other people’s priorities first. They need to know how to put their priorities where they need to be. You show them how you fight for your dreams."

Zoe – who married her artist husband in 2013 – says Marco charmed her the instant she met him, and she knew from their first encounter that they would have a family together.

She told Yahoo.com: "I met this man, I shook his hand, and I’m like, ‘I’m going to have babies with you. I’m going to marry you. And my life is going to be done.’ After shaking hands at 6 a.m. on a plane, six months later we were married. Eight months later, we were pregnant. It wasn’t a joke. It really happened." 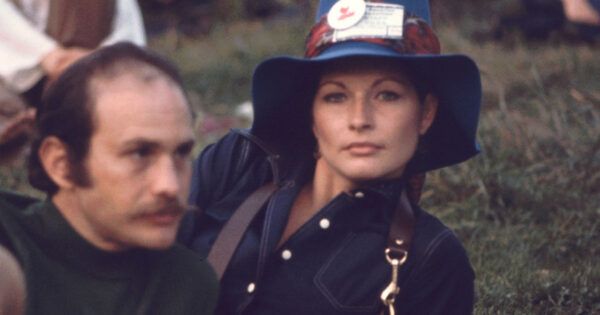 Never-Before-Seen Pictures From Woodstock Capture the Historic Festival
On Aug. 15, 1969, hundreds of thousands of people descended upon the tiny town of Woodstock, New York. Well, no. In actuality, people intending to go to the “once-in-a-generation” music ...
click here to read more
Advertisement - Continue reading below
Share  On Facebook