Rock star Tom Petty — the legendary leader of Tom Petty and the Heartbreakers and a member of the Traveling Wilburys, a supergroup — was confirmed to have passed away late last night after a day of conflicting reports on his health.

According to TMZ, the Rock and Roll Hall of Famer was rushed to the hospital on Sunday after being found unconscious at his California home Sunday night. In a later update, the website added, “We’re told after Petty got to the hospital he had no brain activity and a decision was made to pull life support.” CBS News later seemingly confirmed that Petty had indeed passed away.

However, TMZ was quick to refute CBS with a statement of their own:

Sources tell us at 10:30 Monday morning a chaplain was called to Tom’s hospital room. We’re told the family has a do not resuscitate order on Tom. The singer is not expected to live throughout the day, but he’s still clinging to life. A report that the LAPD confirmed the singer’s death is inaccurate — the L.A. County Sheriff’s Dept. handled the emergency.

Petty and his band broke out of the Florida music scene in the late 1970s and became one of the era’s most prominent rock bands, with hits including “American Girl,” “Breakdown,” “The Waiting,” “Don’t Do Me Like That,” “Don’t Come Around Here No More,” and “Even the Losers.”

In the late 80s, Petty launched a solo career with the smash-hit album Full Moon Fever, which featured classics like “Runnin’ Down a Dream,” “Won’t Back Down” and “Free Fallin’,” his biggest hit. During this period, Petty also formed the Traveling Wilburys supergroup with George Harrison, Bob Dylan, Roy Orbison, and Jeff Lynne.

Throughout the 90s and 2000s, Petty continued to have success both with and without the Heartbreakers, thanks to songs including “Mary Jane’s Last Dance,” “Wildflowers,” and “Learning to Fly.” Petty and the Heartbreakers were inducted into the Rock and Roll Hall of Fame in 2002. They’ve remained active in the years since, completing a massive tour just days before Petty’s death.

While the news of Petty’s death is still fresh, the entertainment world is already reacting to his passing.

Man this cannot be happening. Not Tom Petty please. Our deepest love and condolences to his family and band. A brother and true believer.

those records live forever. i’m so grateful for tom petty and what he taught all of us

I feel like today, the music truly died. Can’t go see/hear music and be safe and one of the greats just passed. ?

no words. just thanks. @tompetty pic.twitter.com/224gn9GNbo

Sending love to Tom Petty and his family at this difficult time.

I’m crushed…
Praying for all those affected by Vegas last night.
And now the loss of one of my great influences Tom Petty today.
-JBJ pic.twitter.com/inkGqbMvD1

I loved Tom Petty and I covered his songs because I wanted know what it felt like to fly.
“you belong somewhere you feel free.”
?

Following the minute of silence, Peter Buck joined the band for this wonderful rendition of Freefalling by Tom Petty.
R42 pic.twitter.com/KzRMHYGKwS 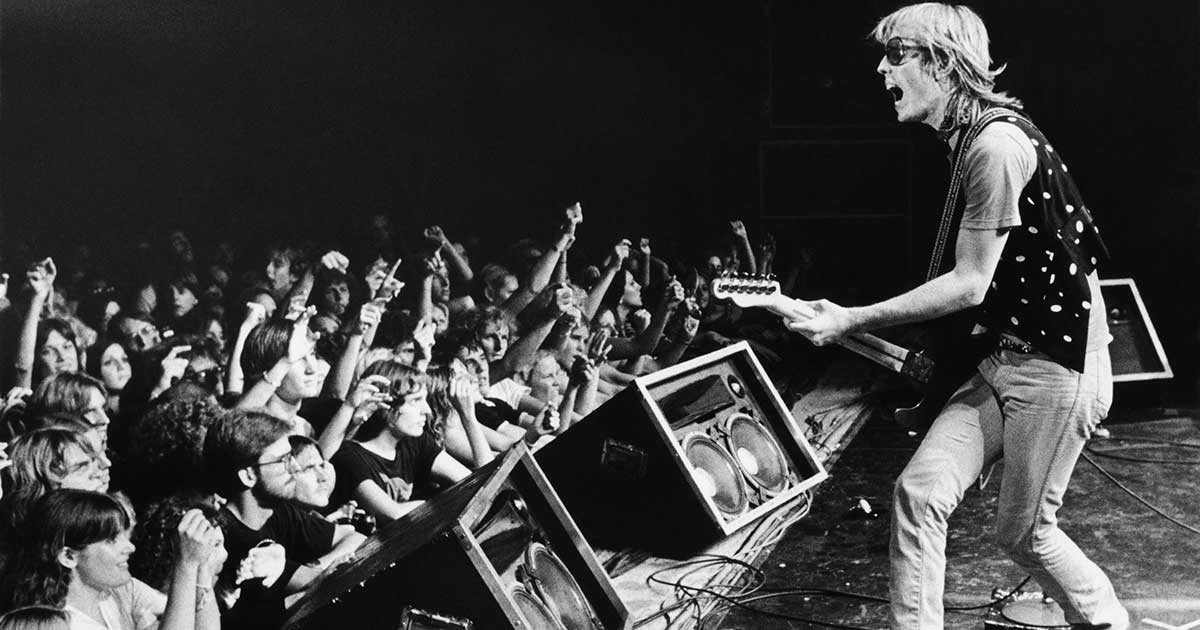 Here’s What You May Not Have Known About the Late, Great Tom Petty
The world lost a rock ‘n roll legend when Tom Petty passed away on Oct. 2 in Santa Monica, Calif., at the age of 66. Here are some things you may ...
click here to read more
Advertisement - Continue reading below
Share  On Facebook