Taylor Swift is ‘fine’ after split


Taylor Swift’s friend believes she is "fine", despite her recent split from Calvin Harris.

The ‘Blank Space’ singer recently broke up with the ‘Summer’ hitmaker after 15 months of dating but her pal, country star Kelsea Ballerini, is confident she will be OK because she is such a "strong" person.

Speaking to ‘Entertainment Tonight’ at the CMT Music Awards at the Bridgestone Arena in Nashville, Tennessee on Wednesday (06.08.16), Kelsea said: "She’s incredible. She’s a strong chick, I’m sure she’s fine."

However, the 22-year-old singer admitted she was sad the couple had called it a day.

It was recently claimed Calvin, 32, had ended things with Taylor, 26, because he "struggled" with her "regimented" life.

A source said: "Taylor is an empire in her own right and, as such, her life is very controlled.

"At the end of the day, Calvin is still a smalltown boy from Dumfries and I think he struggled with living in such regimented conditions where his every move was speculated on."

And Calvin – who cancelled a number of gigs last month after being involved in a car accident – was said to feel increasingly "suffocated" by Taylor’s attention, while she often felt "pushed away" by him.

A source said: "There were a few times when Taylor wanted Calvin’s support and he bailed but she would dismiss her doubts and tell herself it was because he was always so career-focused.

"Then, after his crash, she dropped everything to be with him and was ready to prove her commitment.

"Sadly, the closer she tried to get to Calvin, the more she felt he pushed away. Despite having been together for 15 months, they’d both been crazy busy during that time and spent long periods apart.

"Once it was just them together without any distractions, the cracks showed and Calvin told friends he felt suffocated in their relationship.

"At first it seemed his accident would bring them closer, but it ended up tearing them apart." 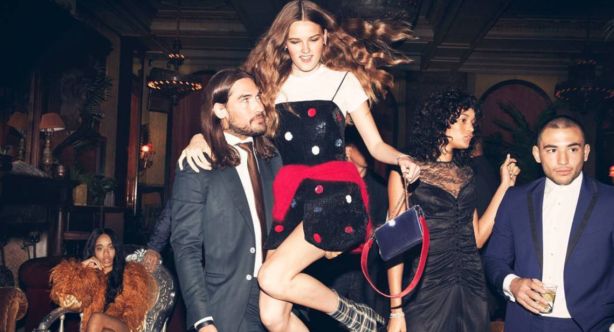