The Truth Behind Stan Lee and Marvel Comics’ Creation

Thanks to the unprecedented success of the Marvel Cinematic Universe and other comic book films, the characters of Marvel Comics – including Spider-Man, Captain America, Iron Man, Thor, The Avengers, and The X-Men – have become iconic around the world. In addition to Marvel’s fictional characters, the success of the films has also elevated their “creator” Stan “The Man” Lee from a well-known author to a legendary entertainment figure arguably on the level of Walt Disney when he passed away in 2018.

Lee’s gregarious personality in interviews and well-known cameos in Marvel films likely helped as well. The only issue with lauding Lee for his creations? He arguably didn’t create them at all, and certainly not by himself.

Stanley Martin Lieber got his start in the comic book industry in the early 1940s, working as an assistant and filler writer at Timely Comics (the predecessor to Marvel) thanks to a recommendation from an uncle. Eventually, Lieber began using the pen-name Stan Lee and graduated to full-time writing and editing.

After a stint serving in World War II, Lee returned to the company and by the early 1960s had worked his way up the company ladder, but the state of the financial comic book industry at the time combined with Lee feeling creatively stifled led him to consider quitting comics. According to urban legend, Lee’s wife urged him to write one book the “way he wanted to.” Lee responded by teaming with producer Jack Kirby (remember that name) to create the Fantastic Four.

The team – Mr. Fantastic Reed Richards, the Invisible Woman Sue Storm, her brother Johnny Storm AKA The Human Torch, and Ben “The Thing” Grimm – were written comparatively more realistic than their DC Comics counterparts like Superman and Batman, with the characters often at odds with each other and their cosmic rays-acquired super powers. The book proved to be a huge success and launched Marvel into the 1960s.

In three years following the launch of the Fantastic Four, Lee and Kirby created a litany of memorable characters for Marvel including Hulk, Thor, Iron Man, Ant-Man, Wasp, Silver Surfer, Black Panther, and the original X-Men. The two also modernized and reintroduced 1940s-era characters Sub-Mariner and Captain America, the latter of which had been created by Kirby and Joe Simon.

Beyond working with Kirby, Lee was credited for creating Daredevil with Bill Everett and Doctor Strange and Spider-Man with Steve Ditko. In addition to being credited as scripting most of Marvel’s books throughout the early to mid-1960s, Lee honed his public persona by writing Bullpen columns in each month’s Marvel Comics, making himself the recognizable face of the brand, and promoting the creators as a tight-knit fraternity to an ever-growing fanbase.

However, behind the scenes, things were far from rosy. Marvel’s artists, in particular, Kirby and Ditko began to chafe at the amount of credit that Lee was getting for Marvel’s success. You see, the company’s comics at the time were produced using a creative process known as the “Marvel Method.” Lee and the artist would plot out the basic idea for an issue, which the artist would take and fully draw, filling in plot details, introducing new characters, and essentially completing the story. Lee would then add dialogue and captions to the issue, completing it.

In other words, the artists were arguably doing the bulk of the creative work, and according to later interviews, the importance of the initial plotting sessions was alleged to have been overstated, with artists like Ditko and Kirby claiming that they were the driving creative force behind the core Marvel stories. In addition, both argued that occasionally Lee’s dialogue and captions would sometimes alter their intentions. In fact, Ditko allegedly left The Amazing Spider-Man over a disagreement over the identity of the villainous Green Goblin. While Kirby remained with Marvel longer than Ditko, he too eventually left over not getting what he Feld was his due credit and financial compensation for the creation of the Marvel Universe.

Over the years, both Steve Ditko and Jack Kirby would speak out about their complaints. Ditko famously said of his “co-creation” of Spider-Man with Stan Lee, “The Spider-Man pages Stan showed me were nothing like the (eventually) published character…  Anyway, the first five pages took place in the home, and the kid finds a ring and turns into Spider-Man.”

He went on to say:

“One of the first things I did was to work up a costume. A vital, visual part of the character. I had to know how he looked … before I did any breakdowns. For example: A clinging power so he wouldn’t have hard shoes or boots, a hidden wrist-shooter versus a web gun and holster, etc. … I wasn’t sure Stan would like the idea of covering the character’s face but I did it because it hid an obviously boyish face. It would also add mystery to the character….”

Kirby put things even more bluntly, once saying, “Stan Lee and I never collaborated on anything!… I could never see Stan Lee as being creative.”

For his part, Lee continuously praised Kirby (who passed away in 1994) and Ditko (who passed in 2018, but had been a recluse for decades beforehand) in media interviews, while always claiming that he did contribute much more to the creation of Marvel’s core characters than either of the legendary artists gave him credit for after the fact.

In the end, it’s impossible to truly know just how much – or how little – Stan Lee contributed to the creation of the Marvel Universe, however it’s indisputable to say that thanks to his media presence and film cameos, Lee has – inadvertently or not – long overshadowed the contributions of artists like Jack Kirby and Steve Ditko in the general public’s eye. 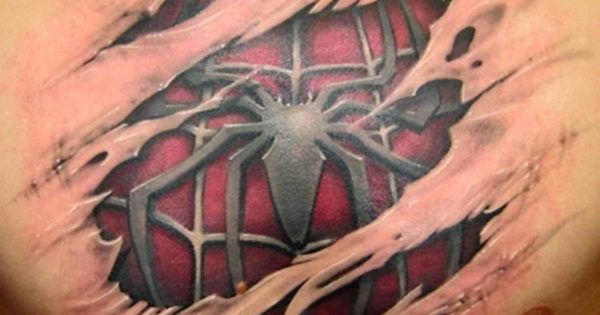