Russell Wilson: I love being a stepdad to Ciara’s son


Russell Wilson loves being a stepdad to Ciara’s son.

The Seattle Seahawks star recently wed the ‘Like A Boy’ hitmaker and says one of the best parts of their marriage is becoming a stepfather to her two-year-old son Future.

Speaking to Maria Shriver for her Architects for Change web series, he said: "She has a little man, he’s awesome and cute as can be. A little baby Future. Such a special, special kid. I think about him, and being a stepdad. I’m a stepdad now. When I see this kid, he’s only 2 years old … He’s so sweet and so loving, always has a smile on his face. Always joking around, always running around the house.

"The important part about loving somebody – especially as a man, being a stepfather in a situation where it’s a little bit different, you know, for sure – but ultimately, it’s about loving the child because the child has the opportunity to do something amazing in his life."

And whilst the pair are happy with their little family at the moment, they are reportedly keen on starting a new family together one day.

A source said recently: "They haven’t talked more about wanting kids, but they both want to start a new family together. They are focused on their respective careers right now."

Meanwhile, Russell, 27, previously admitted he feels the 30-year-old singer is "out of his league".

He quipped: "If you’re dating a woman that’s way out of your league, ask her to marry you." 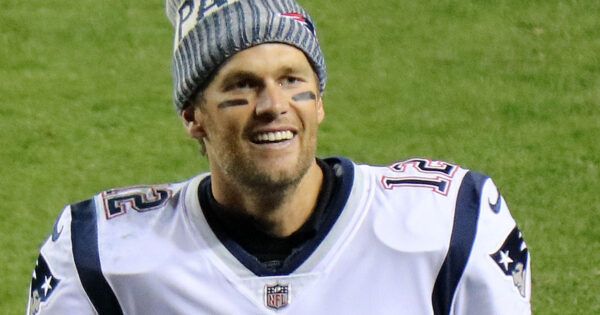 These Are the Highest-Paid Players in the National Football League
The National Football League is America’s biggest sport when it comes to television ratings. All those viewing dollars are translated into immense contracts that dwarf most careers no matter where ...
click here to read more
Advertisement - Continue reading below
Share  On Facebook