Who doesn’t love the cozy Autumn months? From the leaves that change color only to fall shortly after, the Pumpkin Spice Lattes from Starbucks, and the perfect temperature, what’s not to love?

If you’re struggling to find some easy and affordable DIY decorations for your home, then look no further than the pumpkin! DIY-er Diana recently came up with a unique new craft that involves pumpkins and can be featured throughout the entire season.

Concrete is very versatile and can be used for numerous craft projects. Birdbaths and statues are some of the decorative items that can be created with concrete, but we’re betting you haven’t heard of Diana’s use for concrete.

Check out the pictures below to see how she utilized the classic Halloween item and transformed them into beautiful sculptures that will act as a garnish to your porch.

Diana started her project with plastic Halloween pumpkins that can be purchased at most dollar stores. Although they’re a very common item, Diana wanted to do something clever and different with them. The goal was to transform these cheap plastic pumpkins into unique concrete statues to place on the front or back porch.

Next Diana gathered her supplies. This included concrete mix, peat moss, and perlite. The mix she used was roughly two cups of concrete mix to every one cup of perlite and peat moss. Then she added enough water to the mix to give it a thick but moist consistency.

If you’re wondering whether or not the finished product would turn out to be a dull, gray concrete color, fear not! Diana added orange dye to the concrete mix so that it would have more of a traditional pumpkin hue and be more eye-catching overall.

The next step was to coat the entire inside of the plastic pumpkin with cooking spray and cover the hole at the bottom. Then, Diana started adding concrete mix. Once the pumpkin was filled to the brim with cement, she decided to complete the look with a rustic railroad spike. This acted as the trademark pumpkin stem and completed the statue.

The pumpkin was left to try for a few days before removing the plastic mold, and when it was time to open it up Diana used a utility knife to open the plastic. What was revealed within was a beautiful concrete pumpkin sculpture!

The final pumpkin statue is wonderfully spooky, and it has a dual purpose! Not only does it act as a fantastic Halloween decoration, if you turn it around it can also display as a normal pumpkin statue to leave on the porch for the remainder of the year.

Forget about getting rid of the rotted pumpkins at the end of the year and make the switch to these unique DIY concrete pumpkin statues!

Let us know what you think of this clever creation in the comments, and be sure to share with your friends. You can check out more details on the concrete pumpkin and some of Diana’s other creations on her Facebook page. 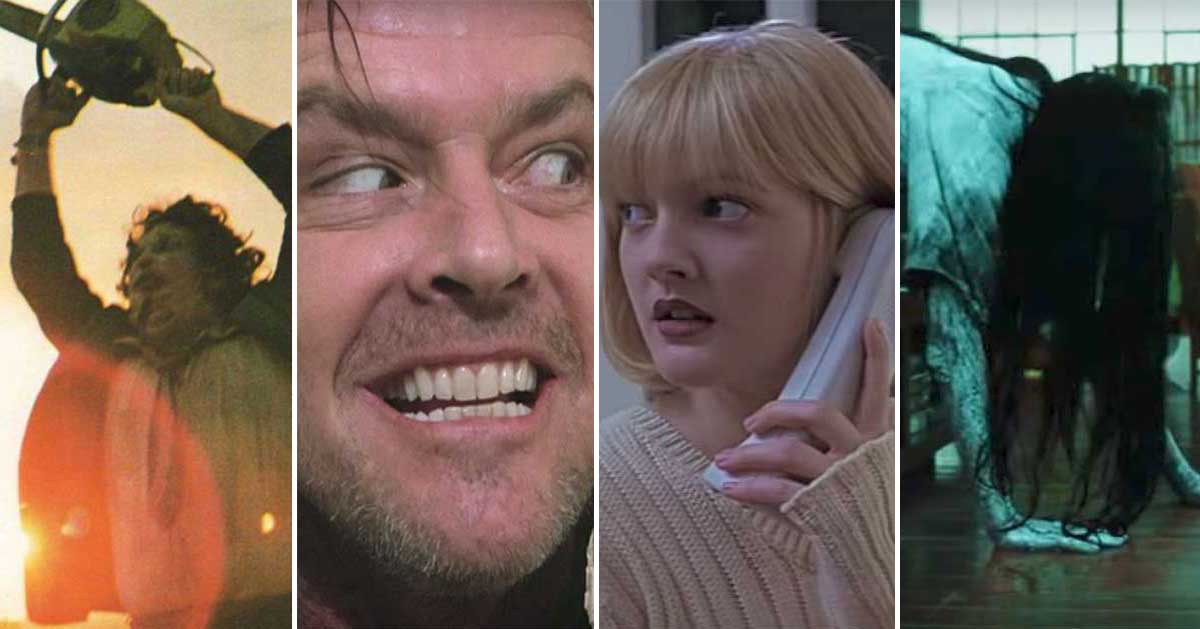 Name the Horror Film Using Just One Clue
If you’ve been to a movie theater anytime in the last decade, there’s a good chance you’ve gone to see a horror movie. For nearly 100 years, horror films have ...
click here to read more
Advertisement - Continue reading below
Share  On Facebook