First Trailer for ‘Ready Player One’ is Packed With Nostalgia

In recent years, pop culture has embraced nostalgia on a larger scale than ever before. There’s been a steady slew of reboots, remakes, and resurrected childhood franchises in cinemas, while series with throwback vibes like The Goldbergs and Netflix’s immensely popular Stranger Things air on television. The latest — and perhaps most blatant nostalgia-fest — is the upcoming film Ready Player One.

From director Steven Spielberg and based on Ernest Cline’s 2011 1980s pop culture-centric novel of the same name, Ready Player One premiered it’s first trailer at the 2017 San Diego Comic Con. The trailer is light on plot details, instead focusing on the way the film’s virtual reality setting is allowing the creators to reference hundreds of popular properties, including Back to the Future, Knight Rider, The Iron Giant, Freddy Krueger, the DC Comics Universe, and numerous other franchises built to appeal to audiences familiar with pop culture of the 1980s and 1990s.

In a virtual world called Oasis, a teenager finds himself competing in a treasure hunt against ruthless foes after the game’s founder dies and and the fortune that he leaves behind is the grand prize.

Ready Player One is written by Cline and Zak Pen and stars Tye Sheridan, Olivia Cooke, Ben Mendelsohn, Mark Rylance, Simon Pegg, and T. J. Miller. The film is scheduled to be released on March 30, 2018. 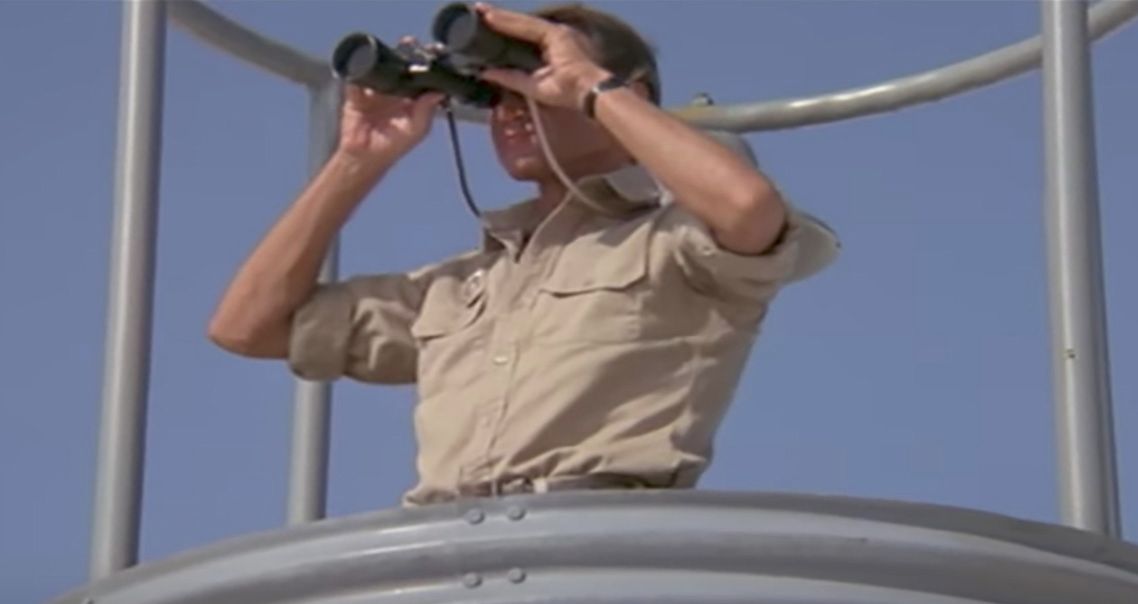 How Well Do You Remember Jaws?
In 1975, Steven Spielberg’s Jaws hit the big screen. Amity Island, a popular travel destination, was terrorized by a shark that took the lives of locals and tourists in the ...
click here to read more
Advertisement - Continue reading below
Share  On Facebook