Some may perceive her actions as cold or mean, but Maisie Williams “doesn’t have a problem” refusing fans a picture.
The 18-year-old actress – who is best known for playing Arya Stark on ‘Game of Thrones’ – insists she doesn’t “owe anyone anything” but that doesn’t make her “mean”.
She said: “I still don’t feel like I owe anyone anything. If I don’t want a picture one day, I don’t have a problem saying no.
“I know some people get really weird about that, like, ‘You’re so mean.’
“But if I was really in love with someone, I wouldn’t just want a picture. I would want to hang out with them.”
And the actress feels frustrated when she is judged by fans according to their expectations of what she is like.
She said: “Sometimes my fans say things like, ‘That’s not Maisie.’
“I’m like, ‘How do you know what is not me? One, I have never met you, and two, I am not yours. I am myself…When I step out with a shorter skirt on, or a little bit more make-up, people say, ‘What’s happening?’ But this is what I do in everyday life. It’s who I am.'”
Maisie no longer worries about being a “very clean and neat” role model as she’d rather be honest about who she really is.
She told the May edition of Nylon magazine: “I used to [present] a version of myself that was very clean and neat, and then I thought, ‘What’s the point?’ That’s the worst role model to be – to be someone else.
“Being perfect is a bit disheartening.”
The British star is incredibly “grateful” that her first role was on ‘Game of Thrones’ because it has set her standards high for the future.
She said: “I’m so grateful that the first job I ever landed taught me to never take a role that was ‘less’.
“I’ve had the opportunity to play a lot of actors’ dream role–I don’t want to ever settle.”
Read the full interview with Maisie at http://www.nylon.com/articles/maisie-williams-nylon-may-cover-star 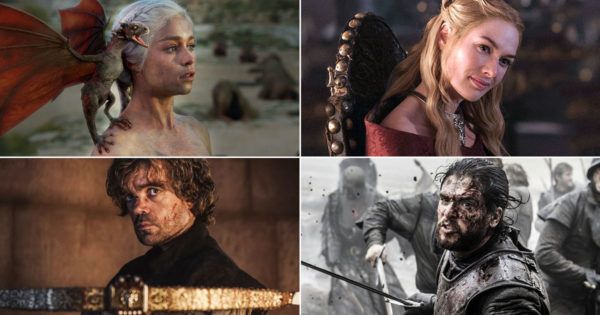 'Game of Thrones' — The Greatest Moments From Every Season
Game of Thrones has become a worldwide phenomenon since its debut in 2011. Based on George R.R. Martin’s novels, the show has garnered widespread critical acclaim and each episode seems ...
click here to read more
Advertisement - Continue reading below
Share  On Facebook