Before the next installment of the new Star Wars trilogy hits theaters, marketing on the film has steadily ramped up. In a new The Last Jedi featurette, director Rian Johnson discusses his first moments coming on the set of the iconic film franchise, as well as reactions from the cast and crew about Johnson’s approach to the film.

“Walking up the ramp, walking through the hallway, I flashback to when I was a kid with the action figures inside,” began Johnson as he looked on the set of the Millennium Falcon. “Suddenly I had a big lump in my throat. … Ya know, it gets ya.”

The featurette then cuts to Daisy Ridley, John Boyega, and Mark Hamill each revealing their thoughts on Johnson’s vision for the new film, describing it as “fresh and new,” and “taking characters in new directions.”

“That’s what I love about Rian’s approach to this story,” said Hamill, who is reprising his role as Luke Skywalker. “It’s like a real journey of discovery.”

The late Carrie Fisher makes an appearance to praise Johnson’s fault-less vision for the new film.

“He has flaws in other areas,” Fisher said. “I just don’t know about them.”

Through it all, Johnson said of working on a massive blockbuster like Star Wars, where fan expectations are often far higher than normal, that, “Once in a while you’re taking a little break and sitting back and you look around, you get the ‘Holy crap’ moment again.”

Watch the new Last Jedi featurette, “New Head of the Resistance” below. Be sure to SHARE it with other Star Wars fans! 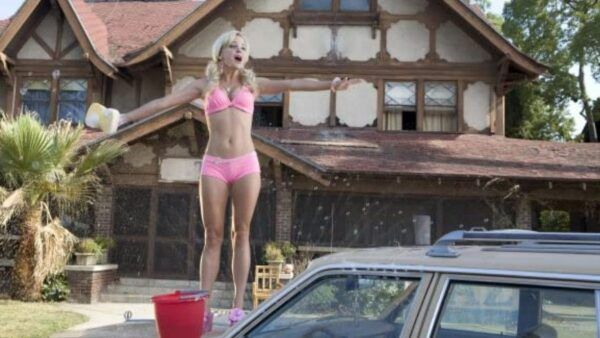 The Best Swimsuit Moments in Movie History
From the classic Marilyn Monroe to today’s favorite Blake Lively, the big screen has seen so many different swimsuit looks. Over the years, we’ve seen the modest one piece transform ...
click here to read more
Advertisement - Continue reading below
Share  On Facebook