May 3, 2016 | By Kaitlyn Anderson
Advertisement - Continue reading below

Kim Kardashian West has been very candid with her pregnancy weight gain with both her daughter and son, and she is now claiming to be less than five lbs. away for her pre-baby weight.
The 35-year-old beauty – who gave birth to her second child, son Saint West, in December last year – is close to losing the 70 lbs. she gained during her pregnancy after strictly following the Atkins40 plan.
Kim Snapchatted a photo of herself on the scales and captioned it: “YOU GUYS!!!! PRE BABY WEIGHT WAS 135!!!!! (sic)”
Kim, who has been following her diet since January, revealed she now weighed 139.6 lbs., which is only slightly above her pre-pregnancy weight of 135 lbs.
As part of her diet, Kim has been eating around 1,800 calories a day, some of which is needed in order to keep up her milk supply for son Saint.
The reality TV personality, who also has a two-year-old daughter, called North, with her hip-hop star husband Kanye West, previously revealed she had learned lessons from her first pregnancy.
She said: “I gained a lot of weight and I have a lot to lose.
“This time I think weight has come off quicker than last time because I kind of learned how to eat better. Last time I worked out a little bit harder. This time I’m eating differently.” 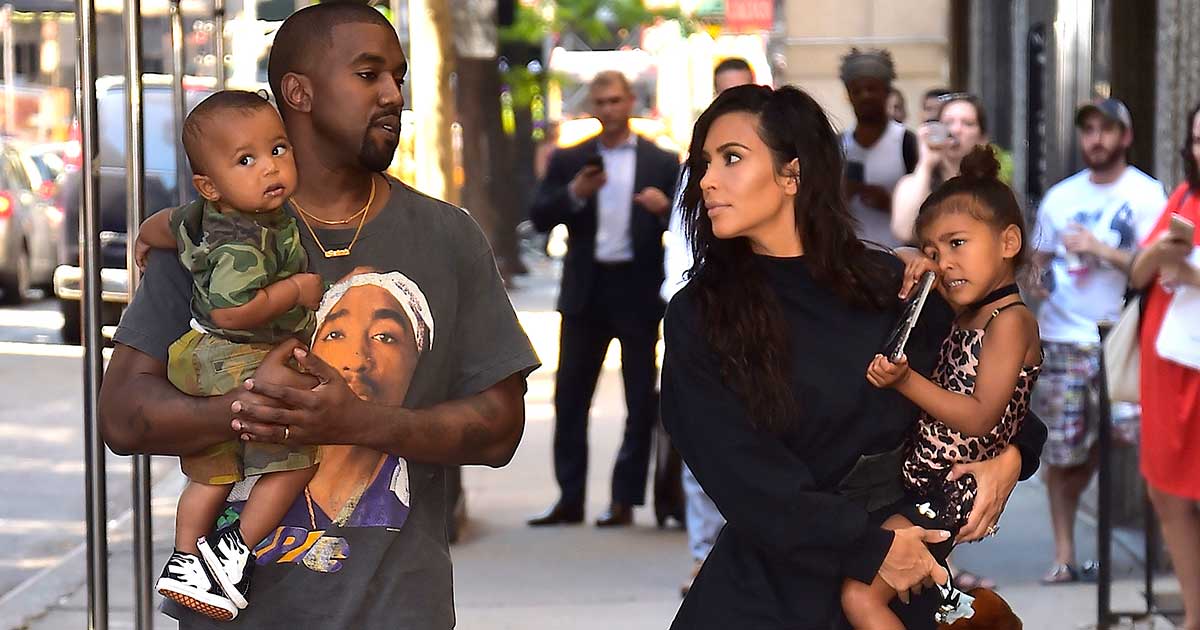 Times Kimye and Their Kids Were Just Too Cute for Words
You can pretend to hate the Kardashian/Jenner/West clan as much as you want, but we know the truth. And whether or not you’re a fan of Kim Kardashian West’s over-the-top ...
click here to read more
Advertisement - Continue reading below
Share  On Facebook