Katie Price has hinted she has used vegetables as sex toys.

The 37-year-old star and her fellow ‘Loose Women’ panellists had a lewd chat about Gwyneth Paltrow’s new sex toy guide on the ITV daytime programme on Tuesday (10.05.16).

During the course of the crude conversation, Katie – who is married to Kieran Hayler – astonishingly confessed to owning a "butt plug with a crystal on the end from Ann Summers" and even suggested she used food you would find in your fridge as lovemaking aids.

Coleen Nolan playfully told Katie "that’s enough" as the audience laughed loudly, and then the blond beauty agreed to stay silent and be "gagged".

However, when Ruth began saying, "Now, she says when you need a lubricant," she was interrupted by Katie who instantly shouted out "spit".

The former glamour model’s outburst was a step too far and Coleen, 51, marched her off set telling her she could only come back after the racy topic was finished with.

After returning from a commercial break, Ruth and Katie both apologised to viewers for her outrageous utterances, with Katie saying: "I’m sorry about my fruity language, it’s not my fault she (Gwyneth) obviously got me excited." 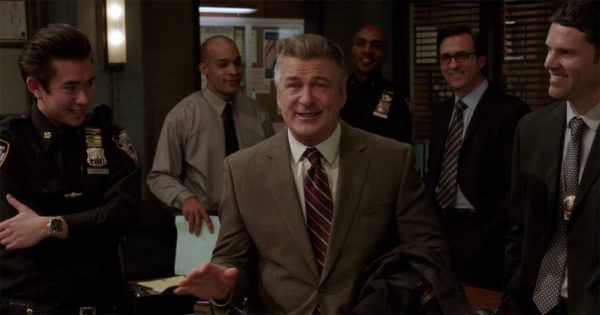 Most Famous, Surprising 'Law & Order' Franchise Guest Stars
The Law and Order franchise has had the primetime TV crime procedural game on lock since the early ‘90s. With more than six series, a made-for-TV movie, and even a ...
click here to read more
Advertisement - Continue reading below
Share  On Facebook