Kate Mulgrew was born with mouth full of teeth


Kate Mulgrew was born with a full set of teeth.

The ‘Orange Is The New Black’ star entered the world with a mouth full of pearly whites, a very rare occurrence and also very dangerous because newborn tots can swallow them and choke.

During an interview on UK TV show ‘Lorraine’, she said: "I was born with teeth. Yes, I was born with a set of perfect teeth. They’re actually sort of pearlescent, and they’re very dangerous because the baby can swallow them."

Kate – who released her memoir last year which she named ‘Born with Teeth’ – also shared that she had no feeling of pain until she was four years old which meant she had to protected from causing herself a serious injury.

Host Lorraine Kelly then joked: "Years ago they would have said you were a witch!"

Kate also spoke about the impending return of ‘Orange Is The New Black’ on June 17 and she believes the Netflix drama set in a women’s prison is so popular because the audience can relate to the flawed characters and their attempts to make amends for their mistakes and survive jail.

The 61-year-old actress – who portrays Russian inmate Galina ‘Red’ Reznikova – said: "We’re so used to looking at television and watching people who are so far above us we can’t possibly relate to them, and anyway why would you want to? They’re too perfect to look at, they’re too perfect to listen to. These women [on ‘OITNB’], they’ve made a lot of mistakes and they’re trying to rectify them. Mostly they’re trying to survive under these very appalling circumstances, and they’re doing it with as much beauty and depth and compassion as they can." 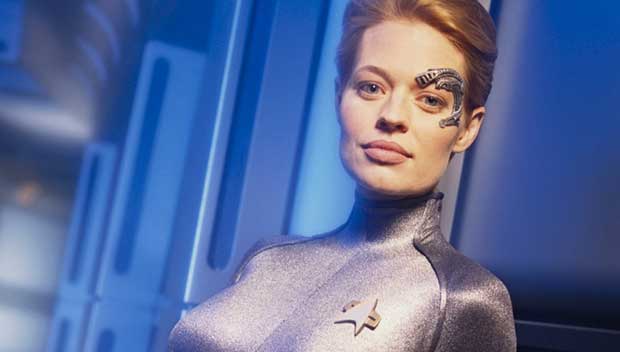 The Cast of ‘Star Trek: Voyager’ Has Changed So Much Since It First Premiered
When Star Trek: Voyager launched in January 1995, The Next Generation had finished just six months earlier, the movie Star Trek Generations was still in theaters, and spinoff series StarTrek: Deep Space ...
click here to read more
Advertisement - Continue reading below
Share  On Facebook