Back in 2004, in arguably the most memorable Super Bowl halftime show in history — for the wrong reasons — Justin Timberlake and Janet Jackson were on stage when the latter’s breast was briefly exposed on CBS. The infamous incident at NRG Stadium in Houston was dubbed “Nipplegate,” and also was referred to as a “wardrobe malfunction.”

The former NSYNC star will perform during the Super Bowl LII halftime show on Feb. 4, 2018, at U.S. Bank Stadium in Minneapolis. It’s unclear which artists, if any, will be joining him on stage — only Timberlake has been announced thus far — though it’s likely that he’ll have some company.

On Sunday Night Football on NBC, play-by-play broadcaster Mike Tirico talked to the 10-time Grammy Award winner about his upcoming performance at the big game.

“I immediately was excited,” Timberlake said when asked about receiving the call to do the show. “It’s a huge moment. I was very excited.”

Tirico couldn’t help but ask about the wardrobe malfunction in 2004, to which Timberlake said with a laugh, “That won’t happen this time. … No, Mike, that’s not gonna happen.”

One of the hardest-working entertainers in show business, Timberlake has done — and will continue to do — his homework ahead of the performance.

“I’ve already watched a ton of [old halftime shows] just to make sure we’re not pulling out any gags,” the 36-year-old said. “You know, people are flying, and Lady Gaga jumped from the top of the stadium or something. I’m 36 now. I don’t know how much of that I can do anymore. I’ve gotta consider these things. When I look back at Super Bowl halftime shows I’ve participated in, and former ones of other artists like Beyoncé, Bruno (Mars), Coldplay — and legends like Michael (Jackson) and Bruce (Springsteen), and the U2 performance… — the hair on the back of my neck stands up just thinking about it. Now, what I really want to do is take the opportunity to put together a performance that feels like it unifies. I feel like that would be the ultimate accomplishment.”

This will be JT’s third halftime appearance. He also performed at Super Bowl XXXV in 2001 with NSYNC, and was joined onstage by Aerosmith, Britney Spears, Nelly, and Mary J. Blige.

What do you think of Timberlake performing the halftime show? Was he the right choice? Let us know in the comments and make sure you SHARE this story. 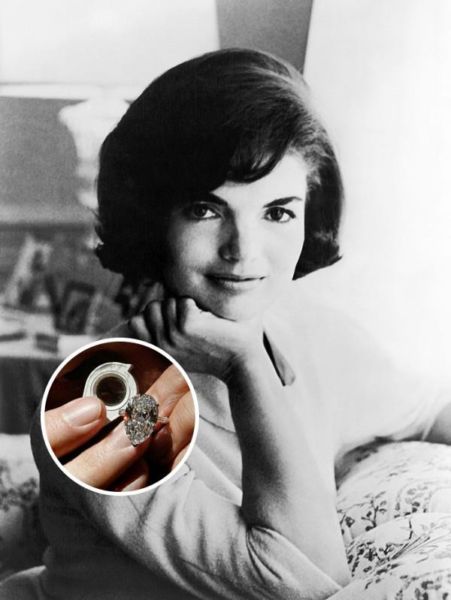 These Are The Celebrities That Are Worth Millions In Engagement Rings Alone
Engagements are more than just the request and acceptance of a ring between a couple in-love. They are a public display of love and affection, meant for all parties. Some ...
click here to read more
Advertisement - Continue reading below
Advertisement - Continue reading below
Share  On Facebook