Iggy Azalea stopped her fiancé Nick Young from getting a misspelled tattoo.
The ‘Team’ hitmaker embarrassed her future husband by sharing with her 61 million followers a picture of the Los Angeles Lakers basketball player’s back piece he planned on having done, which intended to read “BORN REBEL” but was incorrectly spelled.
In a series of Tweets posted last night (04.27.16), she shared: “Guys, I wanna let you know. Nick can’t spell and if it wasn’t for the LOVE i have for him. He would have “BORN REBLE” tatted across his back … I came in half way thru his tattoo and noticed “BORN REBEL” looked different to the way i remember it …I will tweet the picture of his tattoo when i land. He really is lucky i mentioned it to him, I was gonna be petty and not say … See… Lucky I’m around @NickSwagyPYoung (sic)”
The 25-year-old Australian rapper knows all about tattoo mishaps having previously undergone lazer tattoo removal to get rid of a tribute to her former boyfriend A$AP Rocky, which she had inked on her finger.
Iggy – who dated the ‘Fashion Killa’ rapper briefly in 2011 – wanted to show her love for A$AP by having the words “live, love and A$AP” etched onto the inside of her finger, but when they broke up she had an X put through his name to reaffirm the split.
Iggy and Nick have been rocked by cheating allegations in recent weeks, but the blonde beauty put an end to rumors their romance was heading for the rocks insisting they are together.
Iggy – who started dating the 30-year-old sportsman in 2013 with the pair announcing their engagement in June 2015 – said: “For the record, I haven’t broken up with Nick. We are together and I would love to be given a little privacy on the matter.” 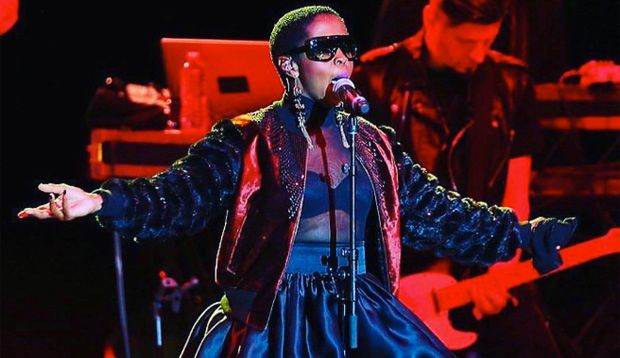