On September 17, 2021, Netflix released the South Korean survival drama series, Squid Game, onto its worldwide platform. Within weeks, the bloody action thriller became one of the streaming platform’s “most-watched programs” in several international markets. Even as the South Korean product was dubbed into English, the series went on to receive staggering critical acclaim.

Created, written, and directed by Hwang Dong-hyuk, Squid Game was surprisingly written back in 2008. The plot involving 456 debt-ridden contestants playing in a handful of deadly children’s games for a 38 Million Dollar cash prize was inspired by Dong-hyuk’s financial struggles. It also went to showcase South Korea’s vast socio-economic class disparities. It was only until 2019 that Netflix came along to support the production, seeking to enhance their foreign market programming efforts. Before this streaming deal, the script was often considered “too violent” by local South Korean studios. Therefore, Dong-hyuk’s future masterpiece was consistently passed over. Even to this day, some entertainment entities see the show as overbearing. Two weeks after Squid Game premiered, the Wall Street Journal published a piece noting that the show was “too grotesque” and “unrealistic.”

Meant As A Film

When Squid Game, once referred to as “Round Six,” was being shopped around, Dong-hyuk originally sold his creation as a film. This was foreseeable as the successful screenwriter and director had previously released Miss Granny, Silenced, and The Fortress in the S. Korean box office. Nonetheless, as planning and production began to take shape, so too did the pivot from film to tv series take place. It was here that additional elements to the show were added. For instance, detective Jun-ho was a piece of the puzzle that was absent from the original film-based Squid Game.

Production Can Be Brutal

Although the events taking place in the series are fictional, the misfortune actualized by writer and director Dong-hyuk was real. For an idea to go from conception to filming at one of the world’s largest streaming giants, the pressure must be staggering. Therefore, it should come as no surprise that Dong-hyuk quickly began to feel the relentless stress of filming such a large production operation. When speaking to CNN, Dong-hyuk mentioned “On my left side, I still don’t have two molars. I need to get implants but haven’t had the time.” That’s right, he lost teeth from all the stress. In total, six teeth were lost to perform at such a high level for weeks on end.

Play With The Giant Doll

Aside from the faces of the main characters including the red-suit guards, Squid Game is visually iconic for the laser-eyed doll in the series premiere episode, “Red Light, Green Light.” The danger of such a figure in the real world has been buffed but her creepy nature has not been altered. If you seek out a fun, death-less playdate with the giant doll, you are more than welcome. She stands at the front entrance of Macha Land, a horse carriage museum located in Jincheon County. You must be dedicated as the trip is a long three-hour tour north of Seoul in the S. Korean countryside.

In Front Of Us All Along

With such a deadly yet whimsical aspect of Squid Game, you should not be stunned to read that Easter Eggs were hidden right in front of our faces. TikTok user @lucy.what1 made the startling discovery that the room in which all contestants ate and slept depicts all of the games that the players would soon face. Ironically, the towers of bunk beds and inter-personal drama between the contestants clouded their ability to look around and grasp what challenges would soon be approaching. 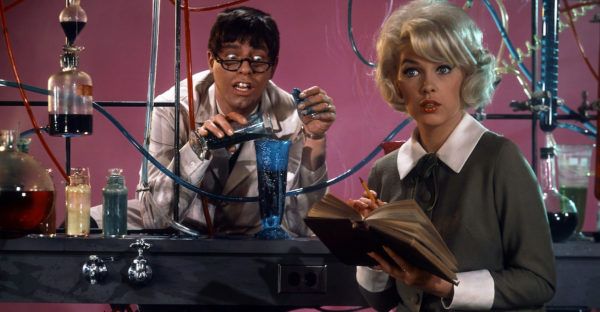