Could Family Stickers On Your Car Put Your Kids In Danger?

Family stickers have become a staple on many cars these days — especially for families driving around in a mini van.

The family stickers show how many adults, children, and pets live in a household and they are largely viewed as a sign of pride for thousands of families.

But are they safe?

Dozens of news reports have attempted to determine if showcasing your entire family on your vehicle is a smart move.

Police stations throughout the United States have also used social media to warn families that airing their personal information for everyone to see can put them in danger.

Take for example- a military family in which the father’s sticker clearly shows they are an active member of the military. That sticker tells potential home invaders that one parent may rarely be home.

Police have noted that some families are taking their customized stickers to the extreme, often listing the names of their children and pets directly under their stickers. Most police officers are in agreement that such a public disclosure of information is not smart.

Scouting Out A Family

If a criminal wants to break into a home they are made aware of any animals in the home and the number of family members they could potentially face. It’s essentially a big sign that gives the criminal directions for a burglary.

Criminologists suggest that the stickers could pose more danger to single woman who post a picture of themselves and maybe a dog or cat, but no stick figure of a male family member. A devious criminal could recognize the woman as a single female who lives alone or only with pets.

Police are not just about fear-mongering with these stickers. It has been suggested that the stickers are no different than oversharing with public posts on social media. The goal is to make sure you don’t give away too much info.

For example, ditch the military sticker and stay with a more traditional option. A single female could even add a stick figure for a brother or male friend to throw potential criminals through a loop.

Experts Say Don’t Stack The Odds Against Yourself

In 2012 the FBI said there were two million burglaries in the United States and 75% of them were residential.

Given the statistical probability of having your home invaded, these stickers could be one more way for a criminal to decide on which home they will burglarize in the near future.

In the end, choosing whether or not to include family stickers on your car is a very personal decision. If you have car seats in your van, a criminal probably already knows you have small children. If your pet travels with you regularly the same rule applies.

Lock your doors at night, have a plan in the case of a burglary, and remember to avoid giving out too many statistics on your family stickers for your vehicle and you will probably be fine…but do you want to take that risk? 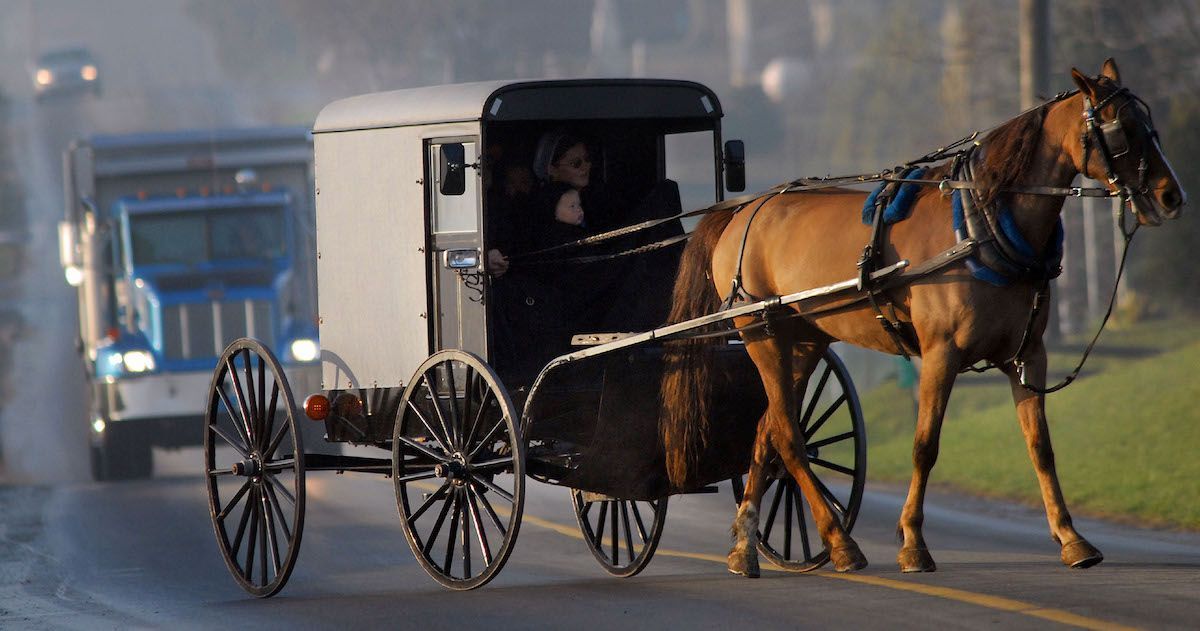 These Amazing Amish Facts Will Help You Learn About Their Fascinating Culture
When most people think about the Amish, their knowledge is generally limited to poorly cited cultural references and stereotypes from entertainment as opposed to actual Amish facts. But it turns ...
click here to read more
Advertisement - Continue reading below
Share  On Facebook