In the midst of Hollywood’s ongoing sexual assault crisis, actress Ellen Page took to Facebook late last week to detail experiences from the early part of her career.

The Academy Award-nominated actress began her Facebook post by discussing an uncomfortable encounter she had with X-Men 3 director Brett Ratner, who has been hit with numerous sexual harassment allegations in recent weeks. According to Page, Ratner embarrassingly and publicly outed the actress as a lesbian in front of the film’s entire cast and crew.

We are all entitled to come into an awareness of our sexual orientation privately and on our own terms. I was young and although already a working actor for so long I had in many ways been insulated, growing up on film sets instead of surrounded by my peers. This public, aggressive outing left me with long standing feelings of shame, one of the most destructive results of homophobia. Making someone feel ashamed of who they are is a cruel manipulation, designed to oppress and repress. I was robbed of more than autonomy over my ability to define myself. Ratner’s comment replayed in my mind many times over the years as I encountered homophobia and coped with feelings of reluctance and uncertainty about the industry and my future in it. The difference is that I can now assert myself and use my voice to to fight back against the insidious queer and transphobic attitude in Hollywood and beyond. Hopefully having the position I have, I can help people who may be struggling to be accepted and allowed to be who they are –to thrive. Vulnerable young people without my advantages are so often diminished and made to feel they have no options for living the life they were meant to joyously lead.”

Furthermore, according to Page, following Ratner’s actions she refused to don a “Team Ratner” T-shirt for a publicity photo. At this point, the actress said that producers of the film reprimanded her for not wearing the shirt and disrespecting the director, which angered Page.

Following the Ratner story, Page told a heart-wrenching story of sexual harassment from even earlier in her career.

I have been a professional actor since the age of ten. I’ve had the good fortune to work with many honorable and respectful collaborators both behind and in front of the camera. But the behavior I’m describing is ubiquitous. They (abusers), want you to feel small, to make you insecure, to make you feel like you are indebted to them, or that your actions are to blame for their unwelcome advances. When I was sixteen a director took me to dinner (a professional obligation and a very common one). He fondled my leg under the table and said, “You have to make the move, I can’t.” I did not make the move and I was fortunate to get away from that situation. It was a painful realization: my safety was not guaranteed at work. An adult authority figure for whom I worked intended to exploit me, physically. I was sexually assaulted by a grip months later. I was asked by a director to sleep with a man in his late twenties and to tell them about it. I did not. This is just what happened during my sixteenth year, a teenager in the entertainment industry.”

Following her story, Ellen Page delves into discussing sexual assault in the entertainment industry and American culture in general. The actress does tie back into her career when discussing Woody Allen. Page, who appeared in the director’s 2013 film To Rome With Love, expressed regret about appearing in the production. She wrote, “I am ashamed I did this. I had yet to find my voice and was not who I am now and felt pressured, because ‘of course you have to say yes to this Woody Allen film.’ Ultimately, however, it is my choice what films I decide to do and I made the wrong choice. I made an awful mistake.”

Ellen Page ended her essay by thanking sexual assault victims who’ve come forward, and with a call to women everywhere to continue this on-going “revolution.”

This is a long awaited reckoning. It must be. It’s sad that“codes of conduct” have to be enforced to ensure we experience fundamental human decency and respect. Inclusion and representation are the answer. We’ve learned that the status quo perpetuates unfair, victimizing behavior to protect and perpetuate itself. Don’t allow this behavior to be normalized. Don’t compare wrongs or criminal acts by their degrees of severity. Don’t allow yourselves to be numb to the voices of victims coming forward. Don’t stop demanding our civil rights. I am grateful to anyone and everyone who speaks out against abuse and trauma they have suffered. You are breaking the silence. You are revolution.” 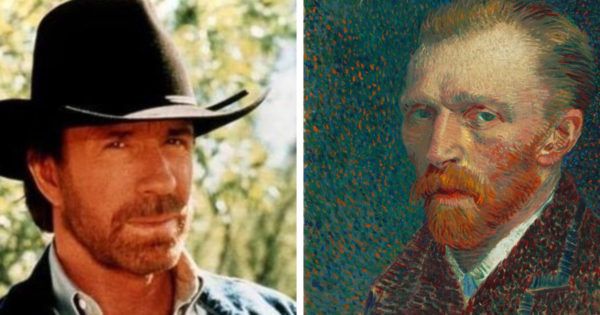 These Celebrities Look Just Like Famous Historical Figures
How often has someone come up to you and said, “You look like that famous person! Ya know, the one from that show.” You’re left incredulous because you definitely don’t look ...
click here to read more
Advertisement - Continue reading below
Share  On Facebook