Diana Ross to play Glastonbury in 2017


Diana Ross is set to play Glastonbury Festival in 2017.

The ‘Endless Love’ hitmaker – who was expected to perform at the event this year but had to pull out – has already been signed up for a performance next year at the music extravaganza in Somerset, according to The Bee Gees’ Barry Gibb.

When asked whether he would be filling the Legend slot at next year’s event, he said: "Next year it’s Diana Ross. I don’t know where I’m going to fit."

However, the 69-year-old musician need not worry as he has been asked to appear at the festival for a solo set.

Speaking at the O2 Nordoff-Robbins Silver Clef Awards, he added: "The people there were very kind to me and suggested a show perhaps next year. I would love to return to Glastonbury. But if it’s not next year, it will be the year after, as I’ll be on the road anyway."

Meanwhile, Nile Rodgers previously revealed Diana would be a "wonderful" addition for a performance at Glastonbury.

He told BANG Showbiz: "I have no advice for her, just go there and have a good time. She’s amazing, we were chatting just a few days ago. If she does do it then it will be wonderful , it will be one of those great moments – like Dolly Parton or Chic when we played there – and it will be really unique and special.

"If I happened to be in town at the same time then I’d possibly join her on stage. If it did happen then it would be mega!"

And the 63-year-old musician also hinted Diana is planning to record new music.

He said: "I can’t tell you what we were talking about. All I can say is that if she did do new music then it would be amazing.

"She’s still great, her shows are phenomenal, I don’t know if there are clips of her lately on YouTube, but she’s still awesome and everyone that goes to see her tells me nothing but great stuff." 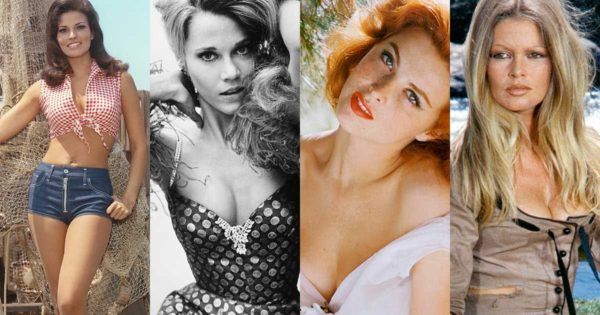 Where Our Favorite '60s Movie Stars Are Today
The ’60s was a glittering era of Bond-mania, flower power, and actresses whose beauty held the world captive. Through the decade, such music acts as Cher and The Beach Boys ...
click here to read more
Advertisement - Continue reading below
Share  On Facebook