May 26, 2016 | By Source: Bang News Service
Advertisement - Continue reading below


Corey Feldman has alleged Corey Haim was raped by a Hollywood producer when he was just 11.

The duo starred together in the 1980s teen thriller ‘The Lost Boys’ and Corey has claimed that his close pal’s drug and alcohol problems, which continued up until his death in 2010 aged 38, were linked to the sexual abuse he suffered as a child.

Corey said: "He had more direct abuse than I did. With me, there were some molestations and it did come from several hands, so to speak, but with Corey, his was direct rape, whereas mine was not actual rape.

"And his also occurred when he was 11. My son is 11 now and I can’t even begin to fathom the idea of something like that happening to him. It would destroy his whole being."

The ‘Stand by Me’ star also alleged that people in Hollywood circles were aware of the abuse.

He told The Hollywood Reporter: "This person uses intimidation and threats as a way to keep people quiet. And all these men were all friends.

"Ask anybody in our group of kids at that time: They were passing us back and forth to each other. [Alison Arngrim] from ‘Little House on the Prairie’ said [in an interview], ‘Everybody knew that the two Coreys were just being passed around.’

"Like it was something people joked about on studio lots. We’re not talking about huge executives and directors that I am aware of that were involved in this. The people that I knew doing it were publicists, they were photographers for teen magazines, things like that."

Corey added that he would not name any individuals because of legal reasons.

He said: "We should be talking to the district attorneys and the lawmakers in California, especially because this is where the entertainment industry is and this is a place where adults have more direct and inappropriate connection with children than probably anywhere else in the world." 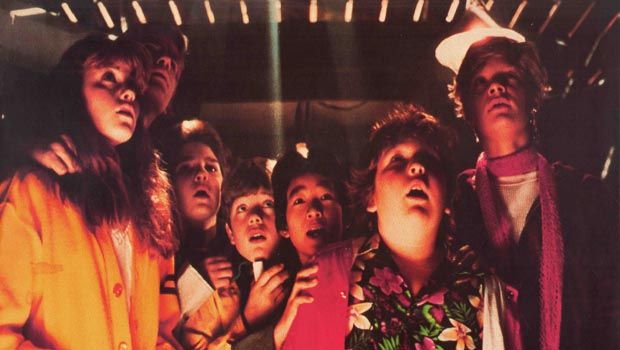 How Well Do You Remember ‘The Goonies’?
The cult classic The Goonies came out over 30 years ago, yet we are still enamored by the hilarious coming-of-age movie. Despite the heartwarming wackiness of the film, there are themes timeless ...
click here to read more
Advertisement - Continue reading below
Share  On Facebook