The ‘Goodies’ singer and the Seattle Seahawks quarterback tied the knot earlier this month, and Russell has revealed that his wife is now officially a Wilson, having changed her surname from Harris.

Asked about his marriage, the athlete said: "I’m excited about it. C and I both are crazy in love with one another.

"She’s such a special person, and she can do it all."

Although Russell admitted that not much has changed since their wedding, he said that for Ciara at least, there is one notable difference.

He told Us Weekly: "I get to wear this wedding ring now, which is exciting.

"She gets to wear hers and all that stuff. So that’s really about the only thing [that’s different.] And her last name’s Wilson now, so that’s kind of cool. I like that, Mrs. Wilson."

Meanwhile, Russell recently revealed his favourite part of their wedding was "watching" Ciara walk down the aisle.

He shared: "To share a special moment and a lifetime with somebody that you truly love and really cares about you is amazing.

"That’s what everybody is searching for. I found that. I was fortunate and blessed to find that and the best part was watching her walk down the aisle.

"Just to see her face and the long train she had. And then Earth, Wind and Fire took the night away."

Famously, the couple decided to abstain from having sex until after they wed.

However, since they tied the knot, they are already discussing future plans to have a family.

Russell previously said: "Down the road, I would obviously [want kids]. She does too and hopefully, god willing, as long as they’re healthy, that’s what we pray for and whether it’s a boy or girl, who knows but we’ve got some time for that." 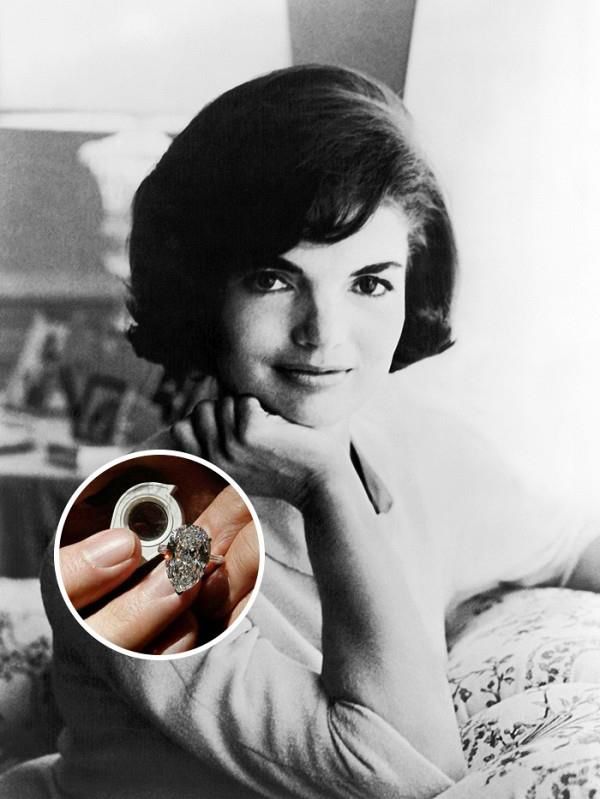 These Are The Celebrities That Are Worth Millions In Engagement Rings Alone
Engagements are more than just the request and acceptance of a ring between a couple in-love. They are a public display of love and affection, meant for all parties. Some ...
click here to read more
Advertisement - Continue reading below
Share  On Facebook