The 23-year-old model-and-actress has been dating the singer – whose real name is Annie Clark – for over a year and her mother Pandora Delevingne is "proud" of her daughter for being open about her sexuality, and thinks her girlfriend is "lovely".

Pandora said: "[Annie] is lovely and they are very happy. I think it was so brave of Cara to come out with her sexuality. I think she is amazing."

While Cara is renowned for her sense of style, when she was a child she would only ever wear sports kits and even donned "boy’s clothes" when going to parties.

Pandora told the Times newspaper: "Cara was a funny little girl. She would never wear anything other than football kit.

"When she went to parties, everyone else would be in little patent leather shoes and pinafore dresses but Cara was always in boys’ clothes. She was a funny-looking thing."

Cara recently insisted her relationship with the 33-year-old singer is not "just a phase".

And the ‘Paper Towns’ star – who has previously been romantically linked with Michelle Rodriguez and Harry Styles – believes she is a better actress because of her relationship with her girlfriend.

She explained in an interview with the New York Times newspaper: "Being in love helps, you know? If you’re in love with someone, you can be with them like no one else is in the room. Acting is like that. It’s like taking that feeling and turning it on so nothing else matters when you’re looking in another actor’s face."

Cara adopted crossbreed pooch Leo last year and claims she got a canine companion because she had been feeling broody.

Asked if she had always wanted a dog, Cara said: "Er, no, actually. I wanted a baby for a while. But I thought, well…" 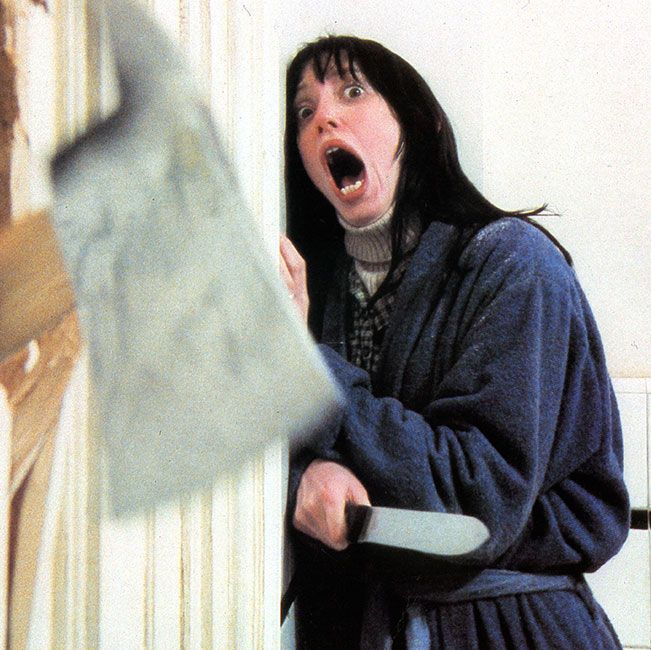 Women Of Classic Horror Movies – Then & Now
Horror movies are an important part of American cinema. People love the thrills and chills they bring. They also love some of the gorgeous gals these films feature, usually getting ...
click here to read more
Advertisement - Continue reading below
Share  On Facebook