Brendan Fraser to star in The Affair


Brendan Fraser is set to star in ‘The Affair’.

The 47-year-old actor has confirmed he will star in the third season of the popular series, although he has yet to reveal the character he will play in the show, which made its debut on Showtime network in 2014.

According to Deadline, ‘The Mummy’ star was signed up for the role by Gersh, which comes swiftly after he signed with a new talent agency.

The dark-haired hunk – who is still represented by Brillstein Entertainment Partners and Felker Toczek – has been busy filming scenes for the indie film ‘The Field’, which has now been completed.

Meanwhile, it is rumored Annabelle Wallis is in talks to star in ‘The Mummy’ reboot alongside Tom Cruise in Universal’s new era of monster films, however, it is unknown if Fraser will make a cameo.

‘Prometheus’ screenwriter Jon Spaihts is working on the script and although plot details are being kept under wraps, the film will reportedly be set in the present day, unlike the original films starring Brendan.

‘Star Trek Into Darkness’ producer Alex Kurtzman is to direct and produce the remake alongside Sean Daniel, who produced the original three films.

While Cruise will reportedly play a major role in the film’s development, he isn’t expected to produce.

Kurtzman and Chris Morgan last summer teamed up with Universal to create a universe with its monster movie library at the forefront.

Characters from the films are expected to appear in each other’s installments before teaming up for an ‘Avengers’-style extravaganza.

Annabelle is currently starring opposite Sasha Baron Cohen in The Brothers Grimsby and will next be seen in Guy Ritchie’s ‘Knights of the Roundtable: King Arthur’. 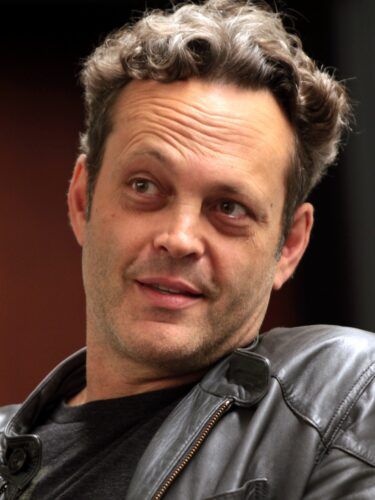 These Blacklisted Celebrities Don’t Work in Hollywood Anymore
Seen as an asterisk on the careers and public opinions of celebrities over the last 100 years, a Hollywood blacklisting, no matter how long, puts a damper on these actors’ ...
click here to read more
Advertisement - Continue reading below
Share  On Facebook