The Best Gifts for the Geeks and Nerds in Your Life

Do you know someone who’s a self-proclaimed nerd? Of course you do. Everybody geeks out on something. With so many nerds and geeks in your life, it can be hard to find the perfect gift that they’ll love. But fear not, Jedi. We’ve compiled a list of the best geek gifts on the market. These are highly sought-after items that are sure to excite any collector or fan of anything and everything in geek culture.

Take a look at these best geek gifts so you know exactly what to get that special nerd this year.

Just as Black Panther dominated the box office at the beginning of 2018, it’s a safe bet that Marvel’s next solo superhero film is going to be a smash hit. And why not jump on the bandwagon now and get your Captain Marvel merchandise before it’s all gone? Get to know the character with author Kelly Sue Deconnick’s Captain Marvel, Vol. 1. Or show how much you already love the character with Loungefly’s licensed merchandise, including the above unisex backpack or this women’s wallet. Ladies, you can be a superhero in your dreams too with the two-piece pajama set from Marvel. Or if your desk at work needs a cool new toy to display, why not Diamond Comic Distributors Captain Marvel PVC figure? Honestly, you can’t go wrong with any.

The smash video game hit of 2018 comes bundled with the Xbox One S. Included with the console and full game download, you get the Eon cosmetic set download and 2,000 V-bucks.

This was the hottest toy of last holiday season. Within 24 hours of going on sale the set had sold out at most official retailers. The set is more readily available – and just as cool – this year.

Straight from the hit kids’ film, this app-controlled Batmobile from The Lego Batman Movie allows you to build the famed superhero vehicle from scratch and then download the app so you can control it using a smartphone or tablet. The vehicle comes with a Lego Batman figure as well as 11 new accessories.

When we were growing up, we all wanted an R2-D2 that followed us around, beeping and booping the whole time. Well, Sphero has officially brought that dream to life with the new app-enabled “Artoo,” with a motion sensor that detects when you’re around and reacts.

“I bought you something for Christmas.” “I know.” It’s the perfect gift for the geeky couple (if you can find them) that just loves to remind people how in love and dorky they really are. Warning: You may be forced to unfriend people who don’t get the reference.

The Nintendo Switch is a gaming console that you can “switch” up into a portable and take on the go! You can grab the regular console for $299, go for the Neon Blue and Red Joy-Con edition, or grab the bundle edition with Super Mario Odyssey.

One of the only cool parts of the Zach Snyder Watchmen adaptation was Rorschach’s ever-changing mask and now you can get (pretty much) the same thing. The inkblot is activated by your breath. Reviews are so-so on the product, as some buyers say it’s difficult to actually see with the mask on. Still, it’s pretty cool that it actually works.

Show off your inner bibliophile whenever you’re enjoying a cup o’ joe with this heat-reactive banned books mug. When the cup warms up, it’ll reveal the names of the “banned books.”

Maybe the idea of a color-changing mug sounds awesome, but you want to let out your inner Super Saiyan. These Dragonball Z power-up mugs have a coolness factor of over 9,000!!

To go along with your nifty Banned Books mug, why not pour your coffee from this R2-D2 Coffee Press? After some initial reports that the filter was made of plastic and thus was warping and cracking from the heat, an updated version with an all-metal filter has come out.

What better way to show you love nerdy things and your best friend in the world (who has his/her own sidekick nickname) than this amazing Petcave Batcave bed. Honestly, it doesn’t get much cuter than this.

You’ll have to provide the floating candles and butterbeer, but this adorable Harry Potter dinnerware set featuring the four houses will be a hit during any party. It includes a dinner plate, salad plate, bowl, and cup.

Blow up the regular star atop the Christmas tree and make room for the star destroyer with the Hallmark Keepsake collection’s Star Wars Death Star tree topper. The tree topper comes with lights, sounds, and a remote, and measures 6.3 x 6.3 x 6.3 inches.

“That’s what I do. I drink and I know stuff.” And with these amazing glassware sets, you’ll prove your point about knowing the coolest Game of Thrones gifts. Go for Stemless Wine Glasses emblazoned with House sigils, or grab yourself a 4-piece set of premium sand-carved Whiskey Glasses. Whichever one you buy, you’ll prove you know something, Jon Snow.

The love for Baby Groot will never die, and what better way to show off your fandom than with a Baby Groot USB car charger that dances when plugged in? Don’t have a car and still need a Baby Groot in your life? Check out the “Grow and Glow” Groot that lets you grow your own Groot plant with real sprout and vine seeds.

With comics and superheroes seemingly everywhere these days, it can be hard to know what’s worth reading and what isn’t. Of course, when you go to the comic shop you’ll quickly find a slew of superhero books, but there’s plenty of others out there that’ll likely be made into the next huge TV or hit movie one day. Here’s our list of the 10 best graphic novels to check out:

Are there amazing geeky items out there that you think we should include? Recommend more best geek gifts in the comments and be sure to SHARE this list with any friends who need some nerdom in their life.

Best Tech Gifts: The Greatest Gadgets to Give and Receive

Holiday Gifts for the Lousy Giver

Dominate Secret Santa at the Office With These Fantastic Gifts

Holiday Gift Guide: What to Get the Movie Buff in Your Life

The Best Accessories to Make Traveling a Breeze

Editor’s Note: Spine Media has an affiliate partnership with Amazon, so we may get a share of the revenue when you purchase through our website. 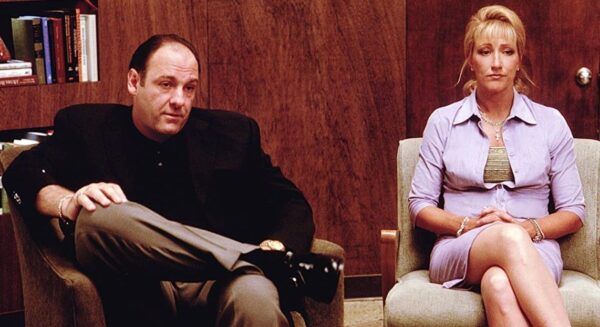 The Most Popular TV Show in Each State
A good TV show has the ability to totally captivate its audience with good writing, a stellar cast, and a catchy soundtrack. There are undoubtedly a lot of great shows ...
click here to read more
Advertisement - Continue reading below
Share  On Facebook