A quick thinking stranger potentially saved the life of a little baby after the child and their mother entered the Alta Convenience store in Arvada, Colorado.

Cashier Rebecca Montano noticed something was wrong after the mother walked up to the counter to purchase a soda.

Montano says she noticed that the mother had a dazed look in her eyes as she approached the register to pay.

This observant employee continued to pay close attention to the mother as she prepared to pay for her beverage. Soon she realized that the customer was becoming more disconnected from reality as her head started to tilt back and sway from side to side.

Rebecca grew concerned because the customer was holding a small baby in her arms as her unknown condition continued to worsen right in front of her own eyes.

In a moment caught on video, Rebecca with her quick reflexes reached over the counter, grabbed the customer’s baby, and cradled the child in her arms.

Rebecca recognized the signs of a potential fainting spell and while she couldn’t save the mom from a fall, she knew the baby could be removed from harm’s way.

A surveillance camera at the convenience store caught the horrifying moment that the mother collapsed on the floor during a scary seizure.

In a bit of good news, both the mother and child were okay following the incident. Things could have turned out much worse had Rebecca not realized what was about to occur.

Her heroics weren’t done after she saved the baby from a potentially deadly fall. She quickly called 911, handed the baby to a customer, and then ran around the counter to check on the mother and assist in any way possible.

When customers started calling her a hero Rebecca said she did exactly what any decent person would do if they were in the same situation.

“It’s people like you who make the world right,” a customer told her during the incident.

Whether she wants to be called a hero or not, that’s exactly what she is. If not for her observant nature and quick thinking, this event could have ended in tragedy.

Mom may have been taken to the hospital for observation but that appears to be the worst of her troubles.

She may not want to be called a hero but news publications have used that very term to describe Rebecca’s actions.

In our book she is a hero because she wasn’t just in the right place at the right time — she also paid close enough attention to her store’s customer to realize when something was going wrong — and that takes a certain level of commitment to your job and to a random stranger. Hero indeed. 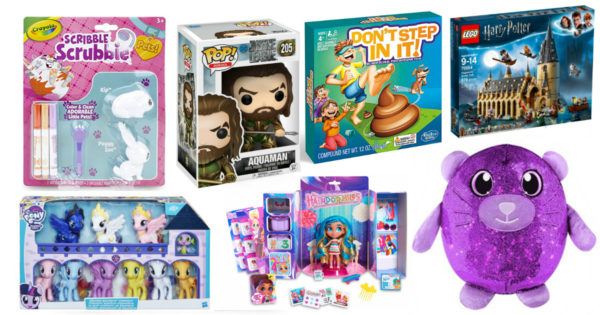 eBay Holiday Gift Guide: The Most Anticipated Toys This Holiday Season
Wondering what to get the kids for the holidays this year? With so many new toys out on the market, and with so many gifts for Santa to get, it ...
click here to read more
Advertisement - Continue reading below
Share  On Facebook