On Saturday, DC Comics and Warner Bros. Pictures premiered an extended trailer for its anticipated release of Aquaman, and in the process gave fans a tease of the new Aquaman movie costume long rumored to be in the film.

Warner Bros. premiered the footage as part of its promotional bonanza at New York Comic Con 2018. The studio had a huge presence at the annual event, with up-close looks at some of the costumes and more. But the biggest surprise for fans was at the end of the five minute-plus trailer, where Aquaman (Jason Momoa) dons the classic gold-and-green costume that the superhero has worn for decades in the comics. Watch the clip below.

Aquaman had thus far appeared in two DC films, Batman v. Superman: Dawn of Justice and Justice League, but many fans were left wondering if the character’s fish scale tattoos would always be used in place of the classic look from the comics. Maybe in light of Warner Bros.’ recent DC Extended Universe box office disappointments, as well as relatively little buzz about Aquaman, the studio wanted to try to jolt some excitement into the fanbase with the big reveal. Or maybe it was planned all along. Either way, one of the biggest rumors about the film is now officially confirmed.

Along with the extended trailer premiere, DC Comics gave attendees of New York Comic Con an up-close look at some of the outfits worn in the upcoming film. On display was the gold armor worn by Atlantian soldiers and Mera’s (Amber Heard) costume. There was even a human-sized Aquaman figure made entirely out of Legos. See those in the images below.

In addition to the trailer reveal, Sideshow Collectibles unveiled their gold-armored Jason Momoa-as-Aquaman premium format statue at New York Comic Con. The figure is approximately 1:4 scale and stands at 23 inches. More information can be found here.

What do you think of the new Aquaman movie costume? Are you excited to see the film when it hits theaters December 21? Sound off on our Facebook page!

RELATED: DC Entertainment’s Upcoming Films: From Aquaman to Wonder Woman 2 and Everything In-Between 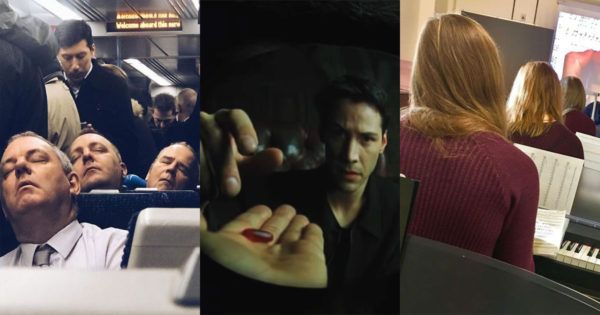