The long-running animated sit-com – which was first broadcast in December 1989 – saw its episode on both the East and West Coasts of America end with a three-minute segment where Homer Simpson, who is voiced by Dan Castellaneta, answered fan questions.

In the introduction to the segment, Lisa Simpson (Yeardley Smith) quipped: "It only took us 27 years to do what they could do in 1954."

And Homer vowed the show will "never" end.

Seated behind a desk in "Fox’s secret bunker", he said: "This is the last episode of The Simpsons. Just kidding, The Simpsons will never end."

The first question the hapless power plant worker – who earlier in the episode had gained back his confidence in public speaking by taking an improv comedy class – faced was which of his co-workers he likes best, Lenny or Carl.

He replied: "I like Lenny, he’s the black guy…no, Carl’s the… let me get back to you when I figure out who’s who."

Other questions in the broadcasts ranged from Homer’s favorite type of pizza to who he wants to play in a movie.

And at the end, he quipped: "It only took three minutes, like eating cheeseburgers and making love."

As public questions were coming in, various characters from the show walked in and out, including Bender from creator Matt Groening’s other show, ‘Futurama’.

The robot was bearing a placard which read "Bring back ‘Futurama’ again."

Showrunner Al Jean previously explained the show was able to go live via the use of motion capture technology, which allowed Dan’s voice and movements to be quickly translated into animation.

He commented when the announcement was made: "As far as I know, this is the first time that’s been done by any animated show.

"And Dan is a great improviser." 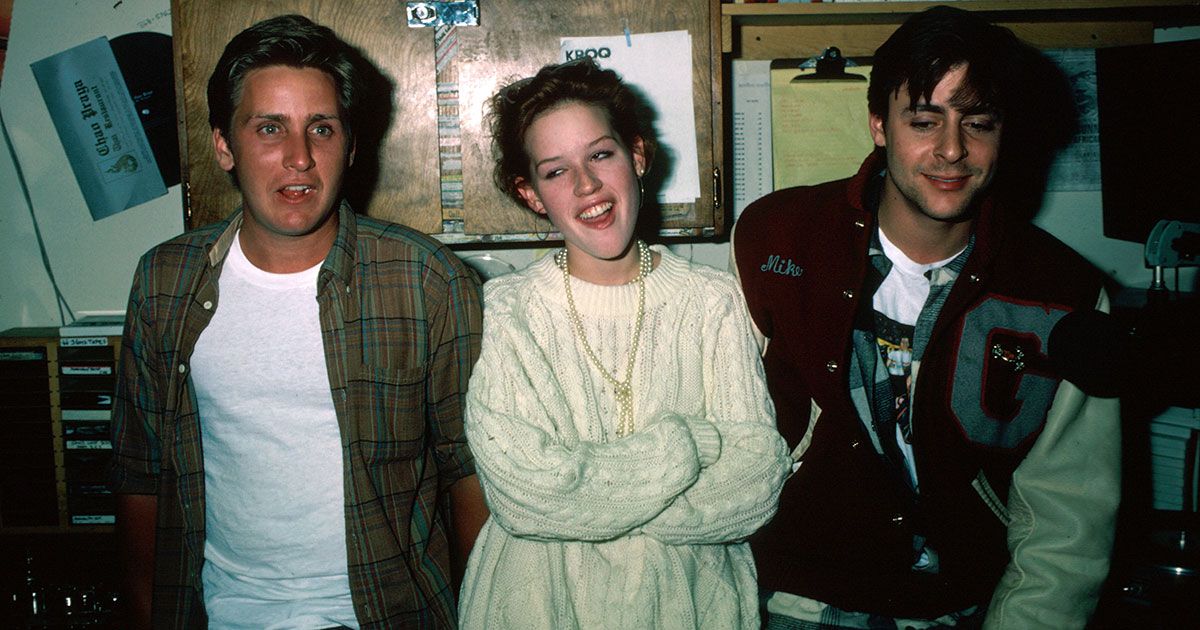 A Brat Pack Update: Where Are the Iconic ’80s Actors Now?
In a 1985 article in New York magazine, writer David Blum called a group of emerging young actors who regularly worked together the Brat Pack. The name stuck, and the ...
click here to read more
Advertisement - Continue reading below
Share  On Facebook