The 57-year-old singer – who was cremated days after his death on April 21 – was remembered at a private funeral at Jehovah’s Witness Kingdom Hall in Minnetonka, Minnesota, with comedian Sinbad among the invited guests.

A source told ‘Entertainment Tonight’ that guests were largely Prince’s friends and members of the congregation, but a few members of the ‘Purple Rain’ singer’s family may have been in attendance.

Sly and the Family Stone bassist Larry Graham, who is believed to have introduced Prince to the Jehovah’s Witness faith, spoke about his friend at the service.

A programme for the memorial recalled Prince’s relationship with the Christian faith.

It read: "Prince Rogers Nelson was born on June 7, 1958. As a musician his accomplishments speak for themselves and offer undeniable testimony to his artistry and talent.

"However, he also had a deep interest in spiritual things. In 1996, he began to study the Bible and enjoy warm friendship with Jehovah’s Witnesses. Then, on March 28, 2003, after seven years of Bible study, he symbolized his personal dedication to God and was baptised as one of Jehovah’s Witnesses.

"Prince found great peace and fulfillment in his relationship with Jehovah God.

"He also found great satisfaction in sharing the things he learned from the Bible with others. He did this faithfully up until his death on April 21, 2016. Our dear friend Prince now takes his rest and awaits the time when ‘all those in the memorial tombs will hear Jesus’ voice and come out.’"

And the document also included a quote from Prince.

It read: "If I were to ever write down my life story, I could truly say with all the fame and glory, I was just a piece of clay in need of the potter’s hand."

Speaking after the service, Prince’s long-term bodyguard and head of security, Romeo, described the memorial as a "beautiful ceremony, a true tribute to Prince" and said it was a "small thank you" to the ‘Diamonds and Pearls’ singer.

He added: "People come together, not only here but around the globe, to give thanks to this man, everything he’s done to change the world through his music through his efforts and his strive to be a better person and help others be better people.

"This right here is just a small thank you to what he’s done for everyone."

Prince’s sister revealed last week she would not be attending the service, nor would his remains be there, and said his real funeral will take place in August.

On May 11, a number of Prince’s famous friends – including Spike Lee, Larry King and Gwen Stefani – attended a private memorial organised by the star’s ex-wives Manuela Testolini and Mayte Garcia at the Samuel Godlwyn Theater in Los Angeles. 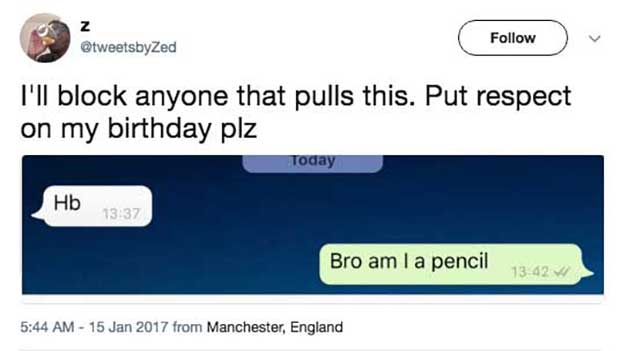 Some of the Funniest Text-Message Screenshots From Around the Internet
Texting has become a way of life, perhaps the most common form of communication. But on many occasions, whether on purpose or by accident, messages get lost in translation. Other ...
click here to read more
Advertisement - Continue reading below
Share  On Facebook