The Journey Brooklyn Took Through FedEx

| May 10, 2016 | By michaelwight
Advertisement - Continue reading below

The first thing that every parent wants to do when their child is in distress is to turn the world around to make everything right for them. This is exactly how Nicholas and Jesse Faris felt when their little adopted girl, Brooklyn, fell ill and the two parents were told that she needed a liver transplant. As a result, Brooklyn was placed on the transplant list and the parents were asked to wait and hope.

All of a sudden, out of sheer luck, the family received a phone call telling them that a liver was now available for their daughter and that they should come to a hospital in Chicago. Unfortunately, the only problem was that all flights were grounded that day because of a snowstorm. Though the family had almost lost all hope, there was a guardian angel just waiting for them to reach out. This angel, named John Carrol, decided to help and called Anne and Robert H. Lurie Children’s Hospital in Chicago so they could figure something out.

They did exactly that, they called the FedEx company and as a result, the courier company arranged for the little girl and her parents to go to Chicago, in the company’s private jet. Talk about being treated royally!

Brooklyn has now received her liver and has on her way to a speedy recovery. Her mother and father couldn’t have been happier and want to thank everyone who was so heavily invested in bringing the family to Chicago. Here’s what they had to say:

FedEx is truly one of those companies that takes doesn’t just work to earn money but to do some good in the world.

Share this miraculous story with your friends and family or send us your own! 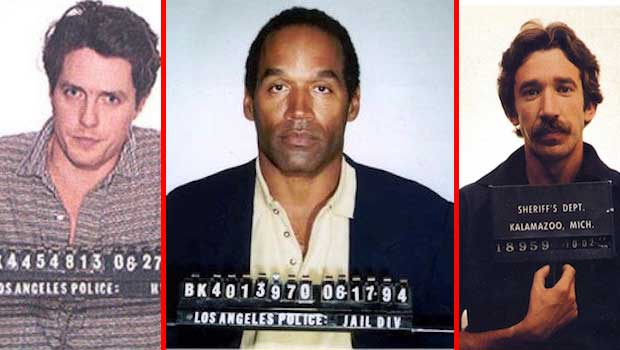 Do You Remember These Celebrity Crimes?
For nearly as long as there have been celebrities (at least in the modern context), the American public has been fascinated by celebrity crimes. From rape and murder to drugs ...
click here to read more
Advertisement - Continue reading below
Share  On Facebook