Donald Gould is a 51-year old Marine and war veteran that resides in Sarasota, Florida. Unfortunately, he has been homeless for around 7 years after his wife died and his son was taken away due to his substance abuse problems.

Music was always something to help Donald get through it all. Everyday, he goes to the public piano and shares his musical talent with the community. Luckily for him, a passerby managed to take a video to record Donald’s amazing music.

When people started to take notice of Donald’s story and talent, they began to help out. At the time, he hadn’t been able to afford a haircut or shave in 18 months, but all that changed when complete strangers gave him a total makeover, complete with a new wardrobe and hairstyle!

It doesn’t stop there. After his makeover, Donald was able to get a job being a pianist at a local restaurant. It’s amazing to see what can happen after a few people make a decision to help give someone a better life. Hopefully, Donald will be reunited with his son, and continue living his life pursuing his musical career aspirations. What do you think about Donald’s transformation? 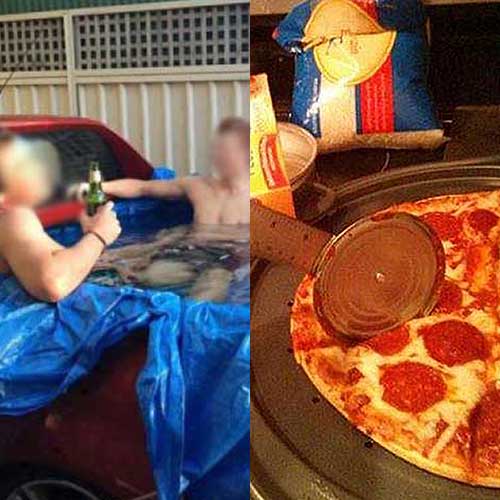 These Redneck Life Hacks Are Borderline Genius
Rednecks take a lot of flack for their perceived lack of intelligence, but after seeing these hilarious and surprisingly thoughtful redneck life hacks, you’re going to question why you didn’t ...
click here to read more
Advertisement - Continue reading below
Share  On Facebook