The 27-year-old supermodel was thrown a safari-themed baby shower as she prepares to welcome her first child with fiancé Hermann Nicoli, where she unveiled her son’s future name.

Pictures posted online from the event show Candice posing in front of a beautiful table of animal-themed goodies as well as a toy giraffe and tiger. Adorned on the wall is blue letters spelling out the baby’s name, which is a Brazilian word for bird.

Another shot uploaded by Candice shows the stunning two-tier cake, which is complete with blue frosting and animals. Surrounding the cake is similarly designed cupcakes and lollies with animal faces on.

Meanwhile, Candice previously took to Instagram to reveal she is expecting a baby boy.

Captioning a black and white photo of herself, she wrote: "My Not so little boy (sic)"

And Candice is reportedly thrilled that her best pal Behati Prinsloo and her husband Adam Levine are also having a baby at a similar time.

An insider added: "Candice and Behati are best friends and they are not far apart from each other in pregnancy due dates. They both have been experiencing the first stages of being pregnant together and are happy to have each other who understand. They can’t wait to be mummies!"

And Candice has always wanted to have a little family of her own.

Speaking last year, she said: "I would love to have children." 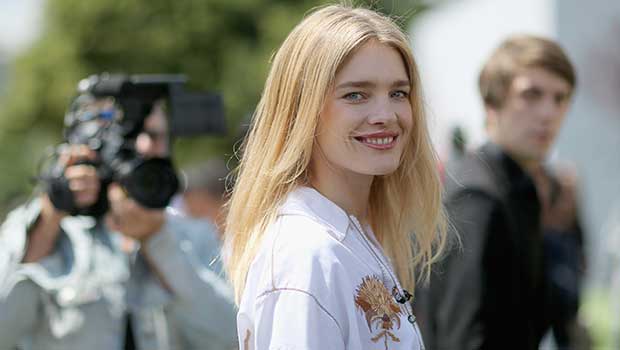 Can You Name the Supermodel?
Modeling, as we know it, has been around since the 19th century, but being a supermodel is relatively new. These are highly paid models who transcend the fashion world. Between their modeling ...
click here to read more
Advertisement - Continue reading below
Share  On Facebook